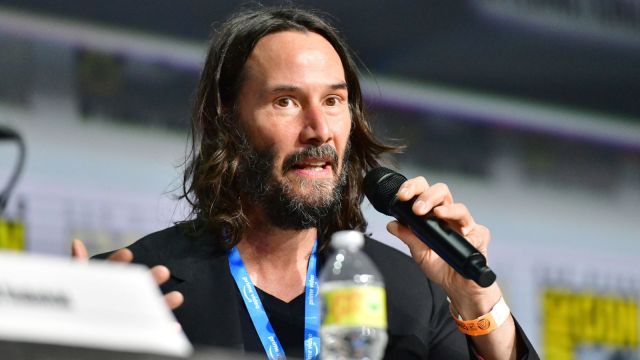 Action hero Keanu Reeves could go behind the camera for his next project, as a much-anticipated comic book adaptation nears production.

Reeves’s own comic book BRZRKR saw near instant appeal for a live-action adaptation, with Netflix purchasing the rights to produce a film version just three weeks after the first issue was released. The twelve issue series follows an immortal warrior (designed to look like Reeves) who battles his way through different centuries of war.

Now, after writing the comic, he could be the one to direct the film, as a repot from Collider believes he will be stepping into the director’s chair for the BRZRKR film. It wouldn’t be his directorial debut, however, with Reeves previously helming the Chinese-American martial arts flick Man of Tai Chi.

Ironically, Reeves was later banned from streaming services in China for his support for Tibet and friendship with the Dalai Lama. Reeves got praise for his vision with Man of Tai Chi, in particular his fittingly mad action sequences, but overall sits forgotten in his filmography despite a 71 percent approval rate on Rotten Tomatoes.

The BRZRKR comic series has yet to end, with the final volume expected out sometime in 2023, following volume two’s release in Sept. 2022. Not only a film adaptation but also an anime series is currently in production, as studio Production I.G. has greenlit two seasons.

The BRZRKR film is set to be written by Mattson Tomlin, who was an uncredited writer for 2022’s The Batman as well as its upcoming sequel. Until the film comes out, Reeves will just have to make do with his reported $250 million lifetime earnings from The Matrix trilogy.