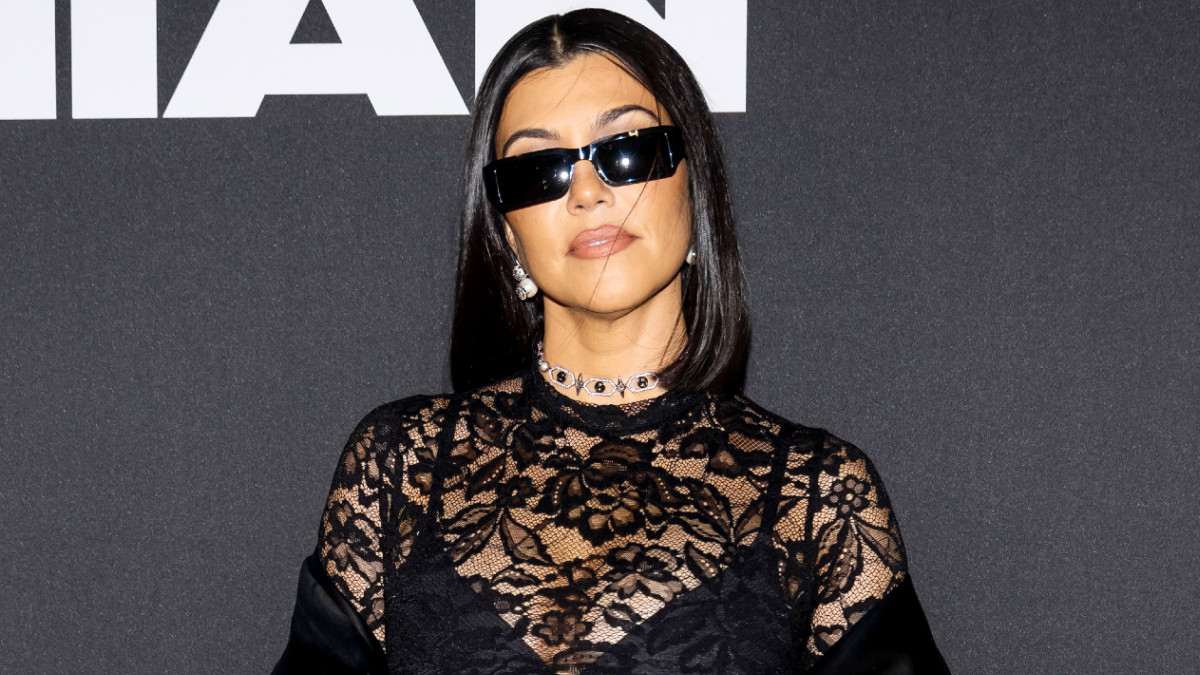 The Kardashian-Jenner faction threw their annual Christmas Eve bash on Saturday, Dec. 24, and as usual, the famous family gave fans a glimpse into the exclusive soiree on social media. But after the official family portrait subsequently landed on Twitter, people couldn’t help but notice that Kourtney Kardashian already seemed decidedly over the festivities.

Kardashian, 43, who also hosted the party at the Calabasas home she shares with her husband, Travis Barker, wore a sheer, floor-length white gown with a midriff-exposing cut-out for the occasion, and paired the risqué look with just an utter look of being completely over it. It’s basically the exact sort of face that Jim Halpert would make directly into the camera during an episode of The Office.

In the center of the photo, Kardashian could not appear less enthused to be flanked by her famous sisters and half sisters, Kim Kardashian, Khloé Kardashian, Kylie Jenner, Kendall Jenner, and mother Kris Jenner. Not surprisingly, Caitlyn Jenner once again seemed absent from the party, as was Rob Kardashian, who tends to avoid the spotlight — and didn’t even attend the Poosh founder’s wedding earlier this year.

And as the photo went viral, people were quick to point out Kardashian’s apparent apathy. “I’m Kourtney-level done with Christmas,” quipped Twitter user Celine Dijon on Monday evening — echoing many of our post-holiday hangovers.

And plenty of others likewise noted Kardashian’s surly demeanor.

Aside from Kourtney’s discomfort, other observations focused on the fact that the photo seemed to be edited — which … well, it most certainly was — or pointed out that once again the eldest sibling failed to serve a look when compared to her siblings.

Well, maybe there was another reason for Kardashian appearing less than thrilled to be there, aside from the usual family drama. Perhaps we will have to wait and find out in season 3 of Hulu’s The Kardashians next year.