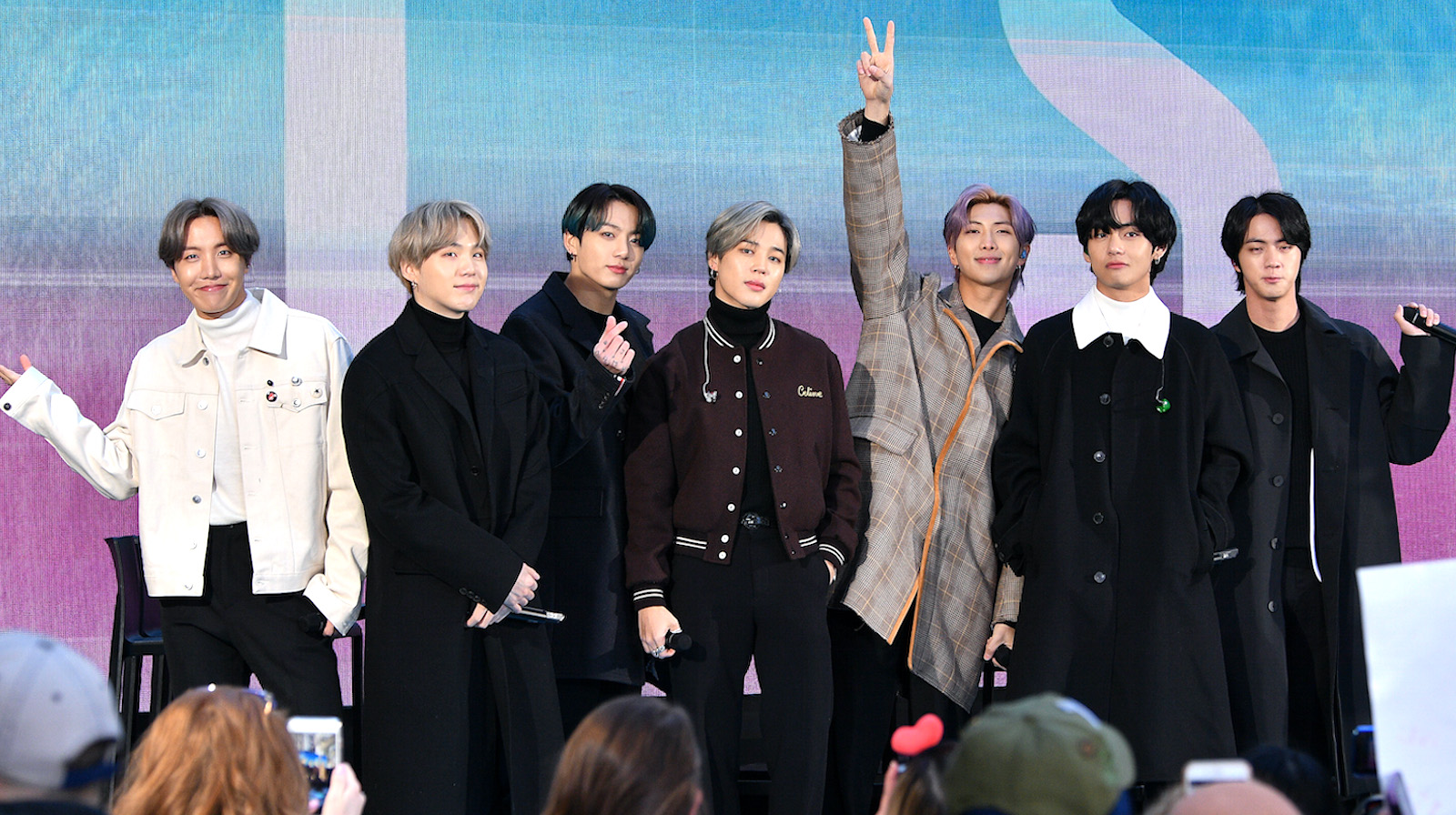 The Korean music industry is a multi-million dollar business that in 2019 alone has earned a sales revenue of 6.9 trillion South Korean won. K-pop has been especially relevant throughout the decades, but in recent years, groups like BTS, EXO, and Blackpink have completely shifted the perception of K-Pop music and the popularity of the industry. Naturally, the idols themselves have also been spending their hard-earned money and investing it in their cherished possessions, and here is the list of the most luxurious collections of Kpop Idols.

Sandara Park, also known as Dara, is the vocalist and sub-rapper of 2NE1, a girl group from YG Entertainment that had immense success from 2009 until its disbandment in 2016. Known for having an experimental and unique style, the singer enjoys shifting her clothes around and playing with different attires, from fashionable graceful dresses to sporty sneakers and street fashion.

During her 2NE1 days, Dara created a youtube channel to share recipes and food tutorials with her fans, and the singer’s love for YouTube never ceased. On her personal channel, DARA TV, the 37-year-old shares several videos and vlogs about her daily life and new projects. In a recent video, the singer shared her immense collection of sneakers, which had never been shared before. With over 1000 pairs of sneakers and a special affection for Nike, this collection took every fan by surprise. Not merely for wear, the singer also confessed that she gets two pairs of each sneaker, one to wear, and another to keep. In the video, Dara also admitted that her most expensive shoe pair were BIG BANG G-Dragon’s hand-painted Nike sneakers, which are worth well over 10 thousand dollars due to their rarity.

Pyo Ji-hoon, known by his stage name P.O, was a singer and a rapper of Block B, a group under Seven Seasons. However, his big breakout was through acting and his debut in 2017 on the drama Temperature of Love.

Since his early days in Block B, the actor from Hotel del Luna was always very vocal and open about his love for photography. With a staggering collection of over 100 cameras and over 1000 dollars spent on them, P.O has a collection that ought to make every photographer envious. From compact cameras to analog and DSLRs, P.O has a large collection of cameras for every occasion, oftentimes sharing his own portraits on Instagram and showcasing his prized possessions.

From Thailand to Korea, Lisa became a worldwide sensation not only because of Blackpink but also due to her solo hit songs “Money” and “Lalisa”. The main rapper of Blackpink is known for her multi-million dollar partnerships with Chanel and Yves Saint Laurant, as well as solo endorsements with brands such as Bvlgari and Celine. The youngest member of the group has very humble roots, being born and raised in Thailand, but that doesn’t mean the dancer isn’t prone to invest in her interests.

Valued at millions of dollars, Lisa’s collection is of none other than watches. Not a stranger to accessories, the singer has always shown her appreciation for high-valued accessory items. Including watches from Cartier, Bvlgari, and ROLEX, Lisa’s collection is rather infinite and the items have made several appearances in friendly gatherings and events. Valued at over 41,000 dollars, one of Lisa’s most-worn watches is the Audemars PiguetRoyal Oak Quartz, which she appeared wearing during an episode of I am Somi.

An iconic presence in the K-Pop Industry, G-Dragon is a member and the leader of YG’s BIGBANG from 2006 until 2018. Now thriving in a solo rapping career, G-Dragon is known to be one of the most successful and controversial KPop musicians to date. The rapper, vocalist, and producer has an estimated net worth of over 45 million dollars, making him one of the wealthiest Kpop idols at the moment, and a force to be reckoned with, especially considering BIGBANG’s comeback which is set to take place this year.

Understandably, everyone ought to have a hobby that they spend a few bucks on, and G-Dragon is no exception to that rule. The rapper has one of the most expensive collections one can own of art pieces. Even considered to be part of the “Top 50 Art Collectors to Watch” by the prestigious New York-based magazine ArtNews, G-Dragon’s collection is estimated to be worth over 15 Million dollars and part of this assortment can be found in the idol’s luxurious Seoul apartment. Expanding his artistic ground, G-Dragon seems to definitely be a connoisseur when it comes to paintings, and artists like Naoki Tomita and Richard Prince can be found throughout the songwriter’s home. This admiration for visual arts can also be found in G-Dragon’s discography through songs like “Divina Commedia” and “Super Star”, which seem to have been inspired by his very estimated possessions.

Girls’ Generation, also known as SNSD, was an incredibly popular girl group under SM Entertainment. During the active years of SNSD, Jessica was the main vocalist of the group, as well as a successful actress on the side. The singer’s love for fashion, however, would take a lot of her time, considering she created her own fashion company from scratch and had to commit a lot of her time to her passion for clothing. This would prove to be a big setback for her music career since both SM and Jessica would have a hard time reconciling the schedule for the albums and promotions, alongside Jessica’s business commitments. This would lead to the singer’s departure from the group in 2014, in a consensual agreement in which Jessica prioritized her love for her business.

Ever since her departure from the group, Jessica has spent a lot of time growing her business, as well as setting up a YouTube channel where she shows fans her large collections and love for fashion and bags. This staggering collection includes over 300 bags and over 100 different brands, with the addition of Chanel, Hermés, and Birkin. One of the most impressive items in the collection is the high-class Birkin, also known as “the most expensive bag in the world”. The amount of Hermés bags in Jessica’s collection is also what racks up the value of the extravagant assortment in her closet.

Barely requiring an introduction, RM is the main rapper and leader of the biggest group in the world, BTS. An absolute tycoon in the music industry, RM is known for his artistry in lyricism and exceptionally captivating rapping skills. As the leader of the group, RM has got quite the responsibility on his shoulders, but the success of his role is evident when considering that BTS has been breaking records continuously for the past few years. The 27-year-old is also famous for his extensive repertoire in BTS’ discography, writing and producing hits like “Boy With Luv”, “Black Swan” and “Life Goes On”. He has also had a successful career as a solo artist, with his two mixtapes “RM” and “mono”

For any BTS fan, it does not come as a surprise that RM is a big art aficionado, showcasing his admiration for the visual arts through his Instagram posts in museums and art galleries. However, this admiration has expanded to the KAWS models that the musician has been collecting over the course of years. Created by artist Brian Donnelly, KAWS have a seemingly odd outward appearance, but they are incredibly popular in the US and Korea. RM’s collection is so extensive that he not only has hundreds of COMPANION models (which can cost up to 5,000 dollars apiece), but he owns several special edition KAWS. This collection can be found throughout RM’s home, which he has shared pictures of on his Instagram, but also in his studio, often shown during live streams.

The largest collection belongs to the one and only lead rapper of Blackpink, Jennie. As the second Blackpink member on the list, one can assume the group is definitely growing bigger and more successful by the day. During her adolescent years, Jennie’s dream was to become a ballet dancer, and although not ballet, her wish was fulfilled when she auditioned for YG and was given the opportunity to become an idol and continue dancing. Originally auditioning for vocalist, YG quickly took notice of Jennie’s English fluency and placed her as a rapper. Since then, the rapper and singer’s success has been so large that she has also expanded to solo projects, including her hit song “Solo”.

Famous for her love of fashion and trendy style, the 26-year-old is a big fan of accessories, just like her Blackpink counterparts. The singer is oftentimes seen with luxury items, indicating a staggering collection of accessories for every occasion, but it’s her collection of handbags that is especially vast. Worth millions of dollars, Jennie’s collection includes extravagant names like Gucci and Chanel, solidifying the endorsement with these brands. Furthermore, the most expensive item in the rapper’s collection is the Chanel and Pharrel collaboration handbag “Chanel Pharrell XXL Flap Bag”. This item is sold for 9 thousand dollars, a striking price difference from Jennie’s least expensive, a $30 handbag from Zara.

Considering the increasing popularity of Kpop and its groups, it is certainly expected that idols start collecting more and more items within their areas of interest, some investing a tad bit more than others. At the end of the day, it truly is impressive how vast the area of interest of these idols is. From sneakers to paintings worth millions of dollars, each item on this list ought to be incredibly cherished by its owners and admired by their fans.