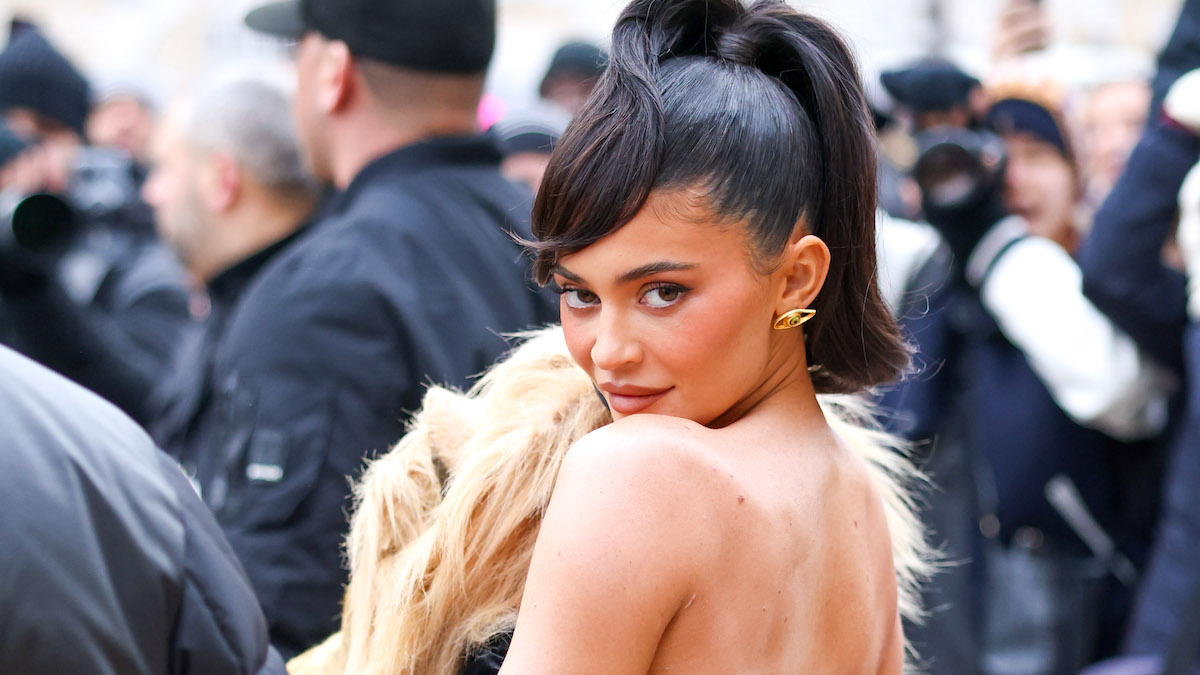 Kylie Jenner took the saying beauty and the beast to a whole new level today when the billion-dollar businesswoman flaunted the head of a life-sized lion as an accessory on the runway of Schiaparelli’s Haute Couture Week in Paris.

Sporting a strapless black gown, black slingback pumps, and a delicately tousled ponytail, Jenner, whose horoscope happens to be a lio, joined the likes of supermodel icons such as Naomi Campbell to walk the runway wearing a faux animal accessory. In a post to her Instagram, Jenner thanked both creative directors Daniel Roseberry and fashion company  Maison Schiaparelli “for such a special morning.”

No stranger to lending her beauty to the fashion industry, Jenner’s faux lion head brooch – made entirely out of foam resin and other man-made materials, according to CNN –  is not just an eye-catching accessory. It’s also a metaphor for the struggle creative artists endure in their quest to bring their imaginations to life, according to Roseberry.

Pulling from the imagery of the famous 14th-century poem, Dante’s “Inferno” of  Dante Alighieri’s Divine Comedy, Roseberry explained that the lion’s head “is a reminder there is no such thing as heaven without hell; there is no joy without sorrow; there is no ecstasy of creation without the torture of doubt.”

Of course, whether or not the brooch is man-man or inspired by one of the most famous poems, social media have not shied away from sharing their criticizes the look. “It’s a NO for me,” said Megan Marie Samonas. “When these beautiful creatures are actually being hunted we probably shouldn’t glamorize it.”

“Why would you walk around with a Lion head when it’s still (being) hunted and poached,” said rjeter27. “We should not display them like trophies… So sad.”

Brooches, not necessarily lions, are something of a signature for Roseberry. The 38-year-old fashion designer is also the creative eye behind Lady Gaga’s patriotic outfit at the presidential inauguration of Joe Biden in 2021. Complimenting a black long-sleeve top and red dress, Gaga wore a hand-sized gold Schiaparelli bald eagle brooch pinned directly above her heart.

Jenner’s life-sized lion is a far cry from Gaga’s golden bald eagle, but what can you expect from a Schiaparelli runway? This is just day one of Paris Haute Couture Fashion Week. The event runs from Jan. 23 to Jan. 26, which means you can expect more out-of-the-box looks as the days roll by.