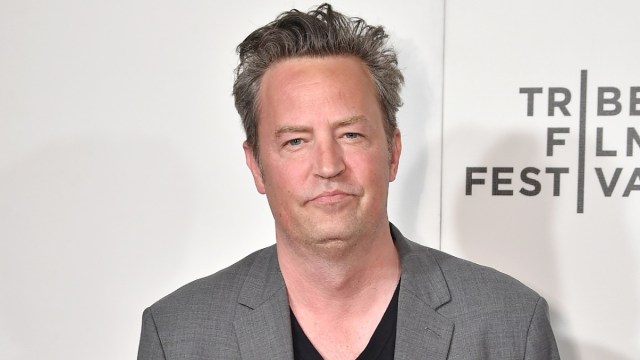 Ahead of the release of his upcoming memoir, Friends, Lovers and the Big Terrible Thing, Matthew Perry spoke with the New York Times about his decades-long journey to sobriety. Now 18 months sober from an opioid addiction that nearly killed him, Perry still has a long road ahead of him — but hopes that sharing his story can help others.

However, one detail that is perhaps less relatable to the average addict struggling with their own demons is the absolute lengths Perry has gone to in order to maintain his sobriety. The 53-year-old actor previously admitted that he has been in and out of rehab over a dozen times, and those pricey rehab stays add up, quite literally. As such, Perry told the Times that he’s spent upwards of $10 million over the years attempting to get sober.

Well, the profits from his book should certainly help recoup the money he spent on rehab, anyway, if he hadn’t already blown through his Friends money of $1 million per episode during the height of the NBC sitcom. Speaking of which, Perry also let slip an unfortunate detail about filming the wedding episode in which his character Chandler marries Courteney Cox’s Monica.

Because Perry has been off drugs and alcohol for a year and a half, that also means that he was somewhat newly sober for last year’s Friends reunion. At the time, there was speculation that Perry had been slurring his speech, but he later revealed that he had just undergone an emergency dental procedure the day the special was filmed and that he had been in pain after.

Now that we know the lengths he had gone to, it makes even more sense that he would have obviously avoided taking painkillers after the surgery.