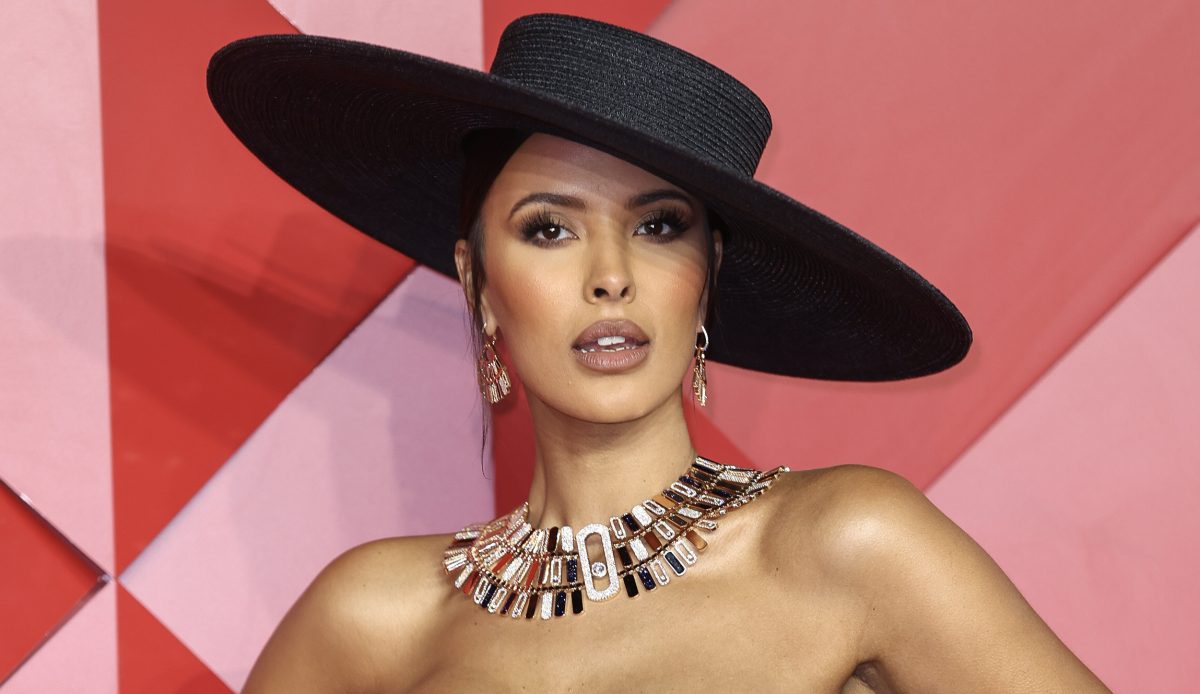 Love Island is bringing the heat to our windy winter with a brand-new edition of everyone’s favorite guilty pleasure. While this new season has promised to deliver the usual dose of juicy drama as contestants attempt to find love in a Cape Town villa, it was host Maya Jama who stole the show.

The British TV and radio presenter caused quite the ruckus online in her debut as Love Island host, taking over from Irish model Laura Whitmore who presented the last three editions. In a program famous for bringing together the most chiseled, buff, and statuesque bachelors and bachelorettes in Great Britain, everyone has already decided there’s no competition for Jama.

Donning a stunning backless blue and green dress and later a cut-out black number, Jama had the male contestants visibly flustered. Even if she might be one of the most beautiful TV personalities in the U.K., the former BBC Radio 1 host is every bit as talented at her job, with critics and fans alike calling her “the real winner” of this show, and praising her easy-going rapport with the contestants.

The Independent called the 28-year-old a “true star,” while the Daily Mail said she “looked like she’d been presenting the show for years.” It seems like a perfect fit, then, after years of fans begging ITV2 to make Jama their Love Island host.

Along with a fruitful radio career, Jama got her start on TV on music and sports channels, before moving on to game shows like Cannonball and The Circle, as well as making appearances in the country’s most successful variety series like A League of Their Own, and The Big Fat Quiz of the Year. While already on the rise prior to Love Island, Jama’s career is expected to receive a significant boost with this new gig, as one of her first major solo television projects, and in one of the U.K.’s most-watched programs, no less.

The ninth season of Love Island airs new episodes every weekday and Sunday on ITV2. It’s expected to begin streaming in the U.S. on HULU from Jan. 30.