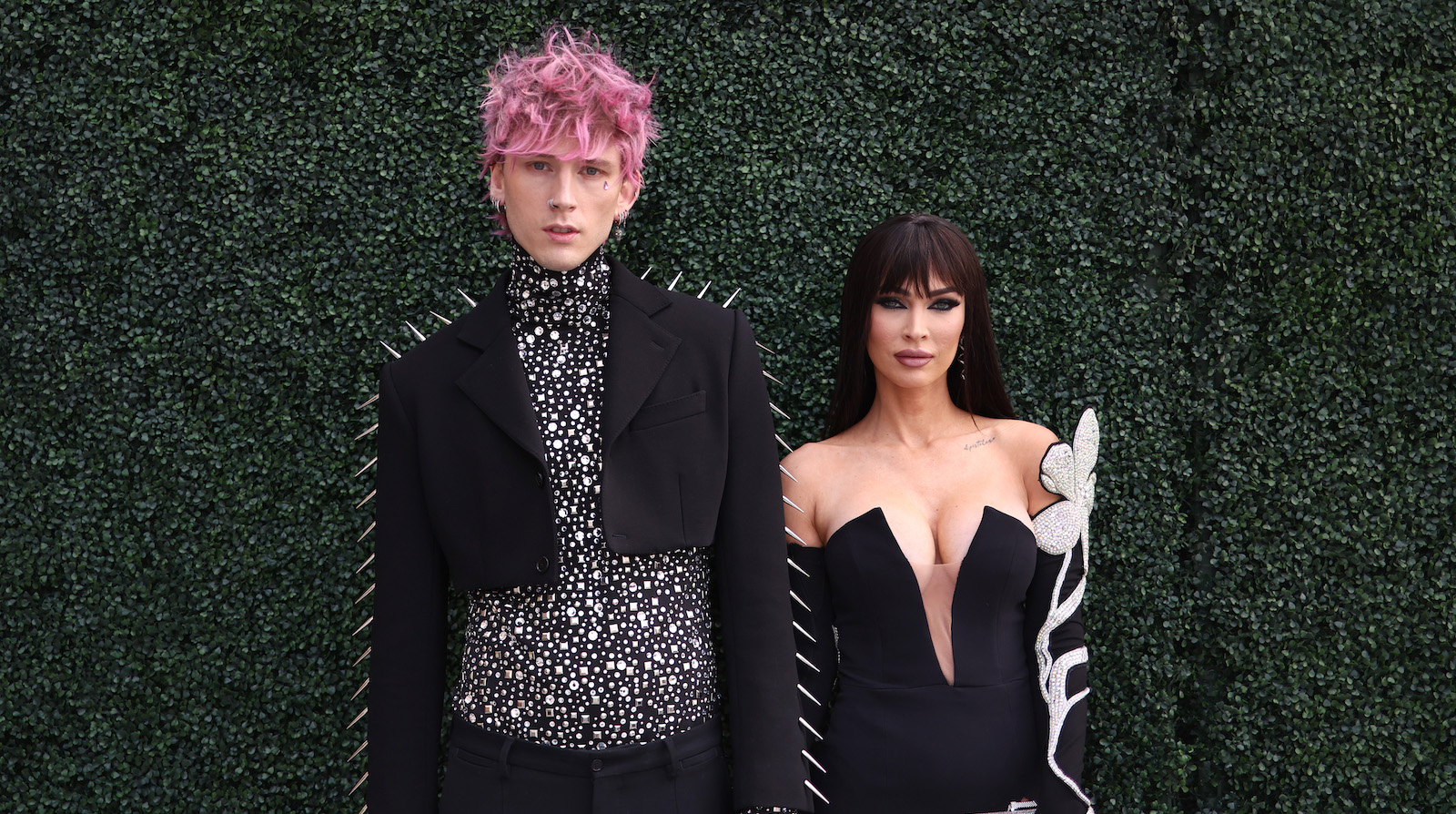 Megan Fox and Machine Gun Kelly spent the long weekend in Las Vegas as pop-punk couples do, attending the Billboard Music Awards dressed for the Black Parade and hanging out with A-Rod, per her latest Instagram post.

She also included a slide screenshotting a text exchange presumably with her stylist inquiring, “Was this blue outfit expensive because we just cut a hole in the crotch so we could have sex?”

Of course, Fox appears to just be teasing. “I hate you,” responded the text message recipient along with three crying laughing emojis, “I’ll fix it.”

In several slides, she’s wearing a sparkly blue number befitting a trip to Sin City. And let’s just say it seems to be intact enough that uh, the hole does not appear to be an appropriate size for its stated purpose.

It’s all in good fun, a simple quip cannot be noteworthy from a woman who practices blood rituals and says she manifested her fiancé when she was four years old, right?

Right. But we’d be remiss if we did not congratulate this soon-to-be-wed couple of parents in their thirties for this important milestone in any teen relationship: making a joke about sex and then screenshotting it and sharing it on social media.

You can catch MGK and Fox in their new movie and the “my ex’s best friend” singer’s directorial debut in Good Mourning on VOD and limited theatrical release May 20. He says it was inspired by Fox and The Da Vinci Code, which, cool.