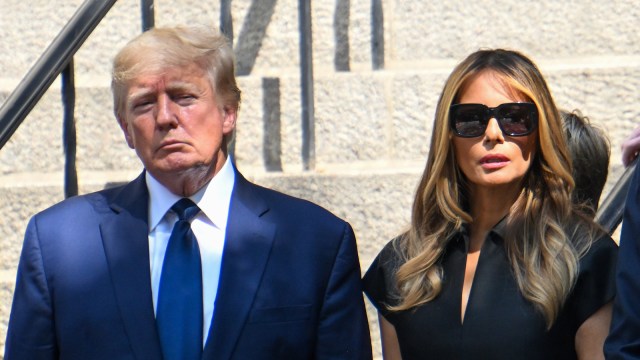 To say former US President Donald Trump was a divisive figure would be an understatement regardless of one’s political alignments, but the upcoming tell-all book The Divider: Trump in the White House, 2017-2021 by Peter Baker and Susan Glasser reveals insider details of his presidency and the people he found himself at odds with.

Among those people according to the book was his own wife and First Lady Melania Trump, who was rattled by Trump’s approach to the coronavirus pandemic which was only just unfolding at the time.

When recounting her conversation to former New Jersey Governor Chris Christie in a bid to seek help convincing her husband to take COVID-19 more seriously, she had told her husband:

“You’re blowing this. This is serious, it’s going to be really bad, and you need to take it more seriously than you’re taking it.”

Trump was reportedly dismissive of his wife’s concerns, telling her she worries too much and to forget it.

The book takes a further peek behind the curtain on Trump’s turbulent tenure in the White House, with authors Baker and Glasser writing that many of the fears around his presidency were a lot closer to reality than people thought.

It also includes details straight from the proverbial horse’s mouth, with two interviews conducted with the former president at his Mar-a-Lago estate during the process of writing the book.

The Divider: Trump in the White House, 2017-2021 hits store shelves on Sept. 20, 2022, and will unpack some of the most incendiary details of the Trump era, including the former president’s relations with Iran, Russia, and North Korea, as well as his petitioning of former Japanese Prime Minister Shinzo Abe to nominate him for a Nobel Prize.