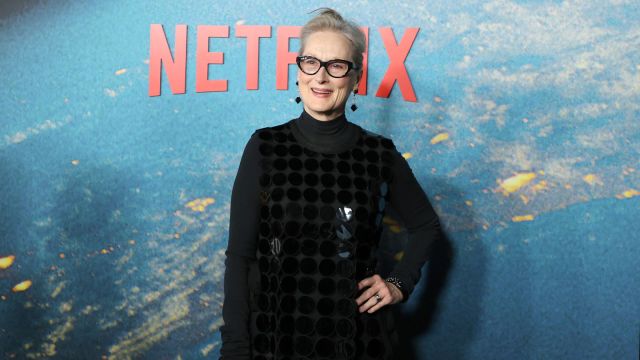 Out of absolutely nowhere and with no prior thought, Meryl Streep has popped up and performed at a Broken Social Scene concert.

Not content with being an Academy Award winner, Streep has her eyes set on a Grammy. As Canadian indie rock ground Broken Social Scene performed in New York City, Streep and Tracey Ullman made their way on stage to help perform the band’s seminal hit “Anthems for a Seventeen-Year-Old Girl”.

Celebrating its 20th anniversary, the song came from Broken Social Scene’s second album You Forgot It in People. The group have had times had up to nineteen members on stage, so there’s no harm in adding two more for a song. Streep pretty near nails her performance, though the shock of audience members may have added to the enjoyment of her singing.

Streep is no stranger to the world of music, with her previously starring in musical movies Mary Poppins Returns, A Prairie Home Companion and both Mamma Mia and Mamma Mia: Here We Go Again. Frankly, she’s not been in enough musical comedies. Time to turn some of her older movies into musicals, shall we suggest Sophie’s Choice? No, too dark?

As for Broken Social Scene, they currently boast just 27 members but they tend not to all perform at once. Their last release came in 2019 in the form of a two-part EP Let’s Try the After, Vol 1 and Vol 2. There’s no current talk of any new album, but who knows, maybe Streep is the missing 28th member they need to release another album as good as their eponymous album?