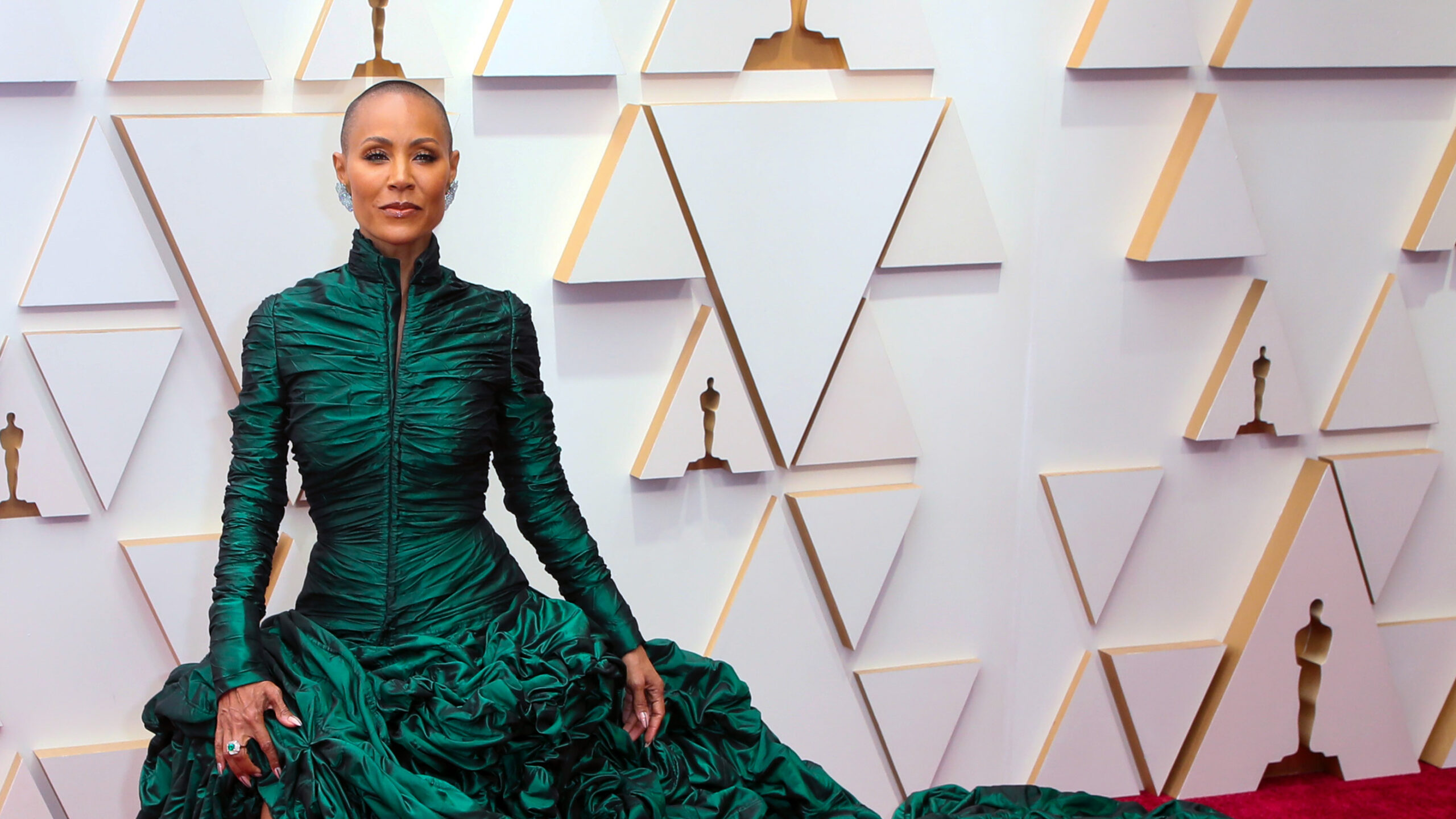 The first episode of the fifth season of Jada Pinkett-Smith’s talk show, Red Table Talk, just dropped on Facebook Watch, where it streams exclusively. It’s also the first new episode of the show to air since the infamous “The Slap” incident at the 94th Annual Academy Awards, in which Jada’s husband Will Smith slapped presenter Chris Rock live on-air for making a joke about Pinkett-Smith’s bald look, and shouted multiple times from the audience, “Take my wife’s name out your f***ing mouth.”

While the episode itself, an interview with Grammy-nominated rapper, actor, and author Janelle Monáe, was most likely recorded months in advance and did not address the incident, a card at the top did. It reads: “CONSIDERING ALL THAT HAS HAPPENED IN THE LAST FEW WEEKS, THE SMITH FAMILY HAS BEEN FOCUSING ON DEEP HEALING.”

The next card then promised that for now, the show would focus on “powerful, inspiring and healing testimonies” like that of their first guest, Monáe.

The conversation between the three women focused on Monáe’s mental health journey, dealing with her fears of abandonment trauma resulting from her father’s drug abuse. Her mom makes an appearance later in the show.

She also discusses coming out in her early 30s via a Rolling Stone cover story in which she identified as pansexual —meaning that she’s attracted to all genders and sexes — and also as gender non-binary (her pronouns are she/her and they/them), saying:

“I’m non-binary, which means I don’t see myself as a woman or solely or – I feel all of my energy. I feel like God is so much bigger than the ‘He’ or the ‘She.’ And if I am from God, I am everything.  I am everything. I will always, always stand with women. I will always stand with black women. But I just see everything I am. Beyond the binary. When I see people I see your energy first… And I see that as opening you up to falling in love with any beautiful spirit.”