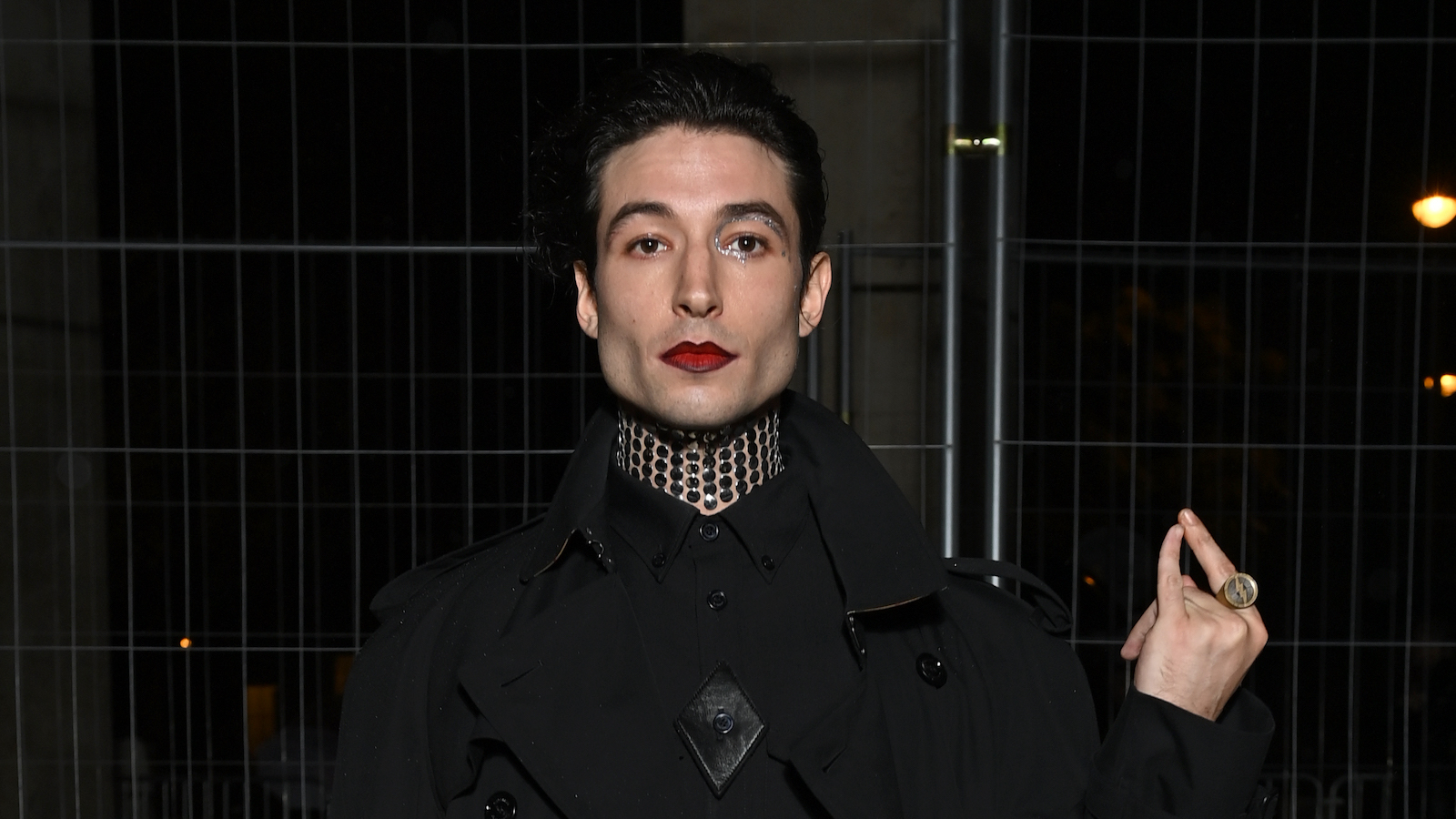 Photo by Pascal Le Segretain via Getty Images For Burberry

The parents of an 18-year-old woman are asking a court to step in and issue a protective order against The Flash and Fantastic Beasts: The Crimes of Grindelwald actor Ezra Miller.

The woman, Tokata Iron Eyes, met Miller in 2016 when the actor was 23 and she was 12, according to court documents obtained by TMZ. Miller was visiting the Standing Rock Reservation in North Dakota and the parents say the meeting turned into a dangerous friendship.

After they met, Miller flew Iron Eyes to London in 2017 to visit the set of Fantastic Beasts. The parents say that Miller, who was 25 years old at the time, provided the then-14 year old with drugs like LSD, marijuana, and alcohol. They also claim that Miller subsequently interfered with Iron Eyes’ schooling to the point where she dropped out of a private school in Massachusetts in 2021.

The parents claim they travelled to Miller’s house in January to take their daughter home, and realized she didn’t have basic necessities like her bank card, car keys, or driver’s license. The parents also say there were bruises on her body. However, once Iron Eyes returned home, she quickly escaped to be with Miller, and the pair travelled to Los Angeles, Vermont, and Hawaii together.

Hawaii is significant because Miller made news when he allegedly attacked fellow bar patrons in the state. A couple requested and was granted a restraining order against the star, which was later dropped.

In addition, they say Miller decided that Iron Eyes was non-binary transgender, whereas she identified herself previously as “non-binary, queer, gay.”

Iron Eyes took to social media, which TMZ captured, to refute her parents’ claims, saying that Miller is a “comrade” in her life and that she recently started seeing a therapist.

“This bout of blatant betrayal and toxicity my parents and others have chosen to punish me with has been desperately embarrassing and traumatically life altering. Relationships in my life have been grossly affected, some detrimentally so. This behaviour is unacceptable and needs to be called out.”

“I am in no way, or under any circumstance have ever been during my short lived adulthood, in need of a conservatorship. My father and his allegations hold no weight and are frankly transphobic and based in the notion that I am somehow incapable of coherent thought or opposing opinions to those of my own kindred worrying about my well being. I am now aware of the severity of emotional and psychological manipulation I was made to endure while in my parents home.”

A hearing for the injunction is set for next month, while Miller has not spoken publicly about the incident just yet.