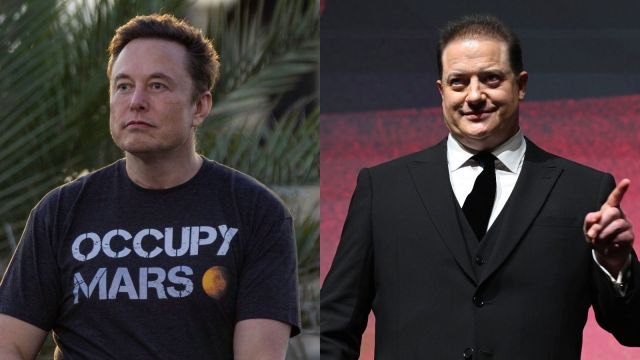 Elon Musk is doing a fantastic job of making himself into biopic fodder following his horrendous takeover of Twitter, and now the internet is fancasting who can play the beleaguered billionaire.

To play someone like Musk, you need to be able to channel his deep, underlying hatred for the system, his astonishing ego, as well as his dark past built on apartheid mining. It’s such a tough role, and it’d require someone uber talented. Better yet, someone who is willing to play a monster. What’s Evan Peters doing after Dahmer?

Maybe you need to get someone who will really challenge your preconceived beliefs of the man, so look no further than Brendan Fraser. Currently enjoying a brilliant resurgence thanks to The Whale, the internet thinks he could be the man. Actors always say they love to play villains.

Having played serial killers, sexual deviants, and those with morbid fascinations, Jake Gyllenhaal is another strong pick for the role. It could even just be a slight redo of his scenes from Nightcrawler but he’s in a business suit and a South African accent. Gyllenhaal did play a Musk-like villain in the form of Mysterio, so we can see this.

Danish actor Mads Mikkelsen has been incredibly hard done by several times to not win an Academy Award, with tremendous performances in The Hunt, Another Round, and as a Bond villain in Casino Royale. Mikkelsen, much like Fraser, is probably too well seen as a hero to take on such a role.

Musk biopics could also lean completely away from drama and lead more into farce, so get Saturday Night Live’s Pete Davidson. He’s absolutely brilliant in the recent thriller Bodies, Bodies, Bodies, and can definitely play an idiot with an ego issue.

Hear us out, in an even more radical option, Grimes plays Musk for her first major acting credit. Hollywood has never seen anything like it before, and would make for some hilarious personal touches to the story. Or just get a bland pick like Rami Malek, who is a master at characters like Musk.

Or, to completely crash the internet, Johnny Depp. The worst possible pick but the absolute best to start a hellscape discussion. Let’s just pray an Elon Musk movie is never made.