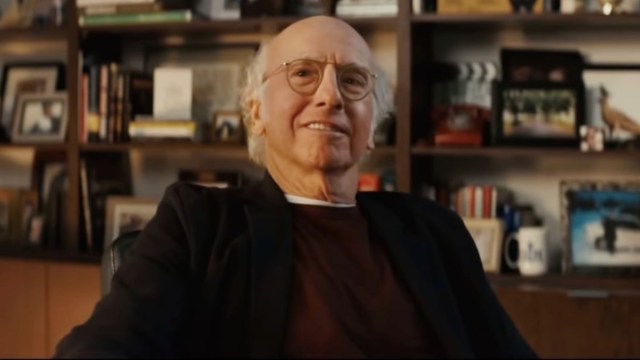 Curb Your Enthusiasm and Seinfeld mastermind Larry David being a spokesperson for a cryptocurrency platform is proving to be a crossover event absolutely no one asked for after FTX has been embroiled in a class-action lawsuit naming some of its celebrity backers, such as David, football player Tom Brady, and retired basketball player Shaquille O’Neill.

The lawsuit filed on Tuesday alleges that U.S. customers were the recipients of $11 billion worth of damages and that they were misled, according to NBC News.

The class-action complaint not only names FTX’s former CEO Sam Banmkman-Fried — saying he violated Florida law — but also names some of the other athletes and celebrities who promoted the platform, including supermodel Gisele Bündchen (Brady’s ex-wife), basketball player Stephen Curry, the businessman Kevin O’Leary, and tennis player Naomi Osaka.

The lawsuit also alleges that the company targeted “unsophisticated investors from across the country” and that the team Curry plays on, the Golden State Warriors, is also named in the suit due to their partnership with FTX. While David starred in a much-publicized Super Bowl commercial for FTX earlier this year, The Golden State Warriors revealed the exchange’s logo on the court of the team’s Chase Arena.

All of this comes following the news that FTX filed for Chapter 11 bankruptcy last week after previously being valued at $32 billion at one point.

Over on Twitter, people immediately pointed out how David had an almost prophetic role in the aforementioned commercial since he plays someone who is hesitant to join the platform, with the conceit being he’s actually missing out on a money-making opportunity.

“Turns out, Larry David was right about FTX,” one user said.

“Larry David getting sued for a commercial where he disavowed crypto is very Larry David,” another commentator could not help but point out.

Another Twitter user agreed that the situation was “literally a Curb episode begging to happen.”

Another commentator said we shouldn’t be giving David a pass just because he played a “naysayer” in the commercial.

“[H]e got paid to be in a really scummy super bowl ad that was basically telling you to FOMO into a risky investment.”

Let’s hope Susie Essman’s Susie Greene gives the comedic actor a well-deserved “dammit Larry!” if this whole saga ever does become a plot point on Curb.