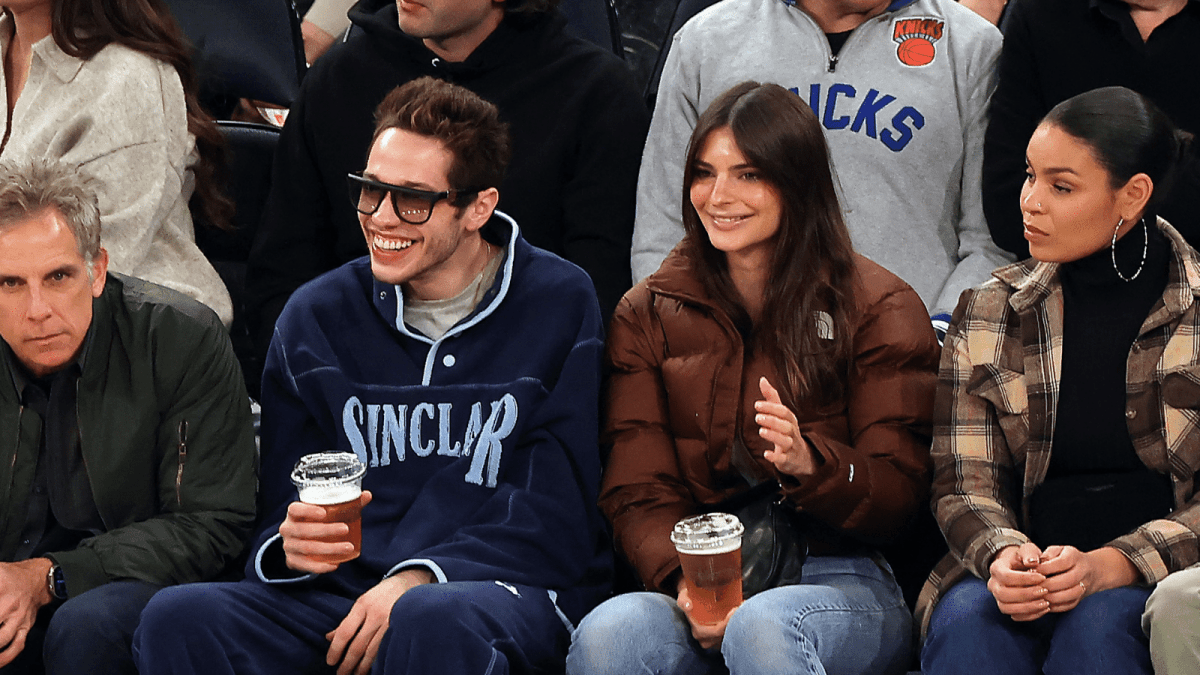 A long-rumored Hollywood couple has been publicly confirmed at the New York Knicks vs Memphis Grizzlies game, with Emily Ratajkowski and Pete Davidson spotted sitting courtside at Madison Square Garden.

The couple were flanked by Ben Stiller and Christine Taylor next to Davidson, while Ratajkowski sat beside Jordin Sparks and her husband Dana Isiah.

The couple has gone public despite Ratajkowski only having filed for divorce from Sebastain Bear-McClard back in September, with Davidson famously splitting with Kim Kardashian back in August.

Rebound or not, the pair seemed content to enjoy each other’s company, despite witnessing the Knicks lose to the Grizzlies in a tight game.

Rumors about Davidson and Ratajkowski’s relationship began to swirl earlier this month when the pair were reportedly spotted having a date that was going quite well, per an anonymous tip provided to Instagram gossip account DeuxMoi.

Days following the initial rumors and another sighting at Davidson’s birthday, his ex Kim Kardashian took to Instagram to post a cryptic quote reassuring the world that everything was falling in place and working out just fine for her. Although no direct mention of her former lover was made, people decided to put two and two together anyway.

Davidson’s dating record continues to dumbfound the general population, with the comedian and actor having also dated Ariana Grande and Kate Beckinsale in the past.

Nevertheless, It seems that he’s been making the most of his time since retiring from Saturday Night Live, although hedoes appear to have quite the full plate regardless.

Davidson will be making an appearance in the upcoming Transformers: Rise of the Beasts, as well as Dumb Money. Both projects are in post-production.