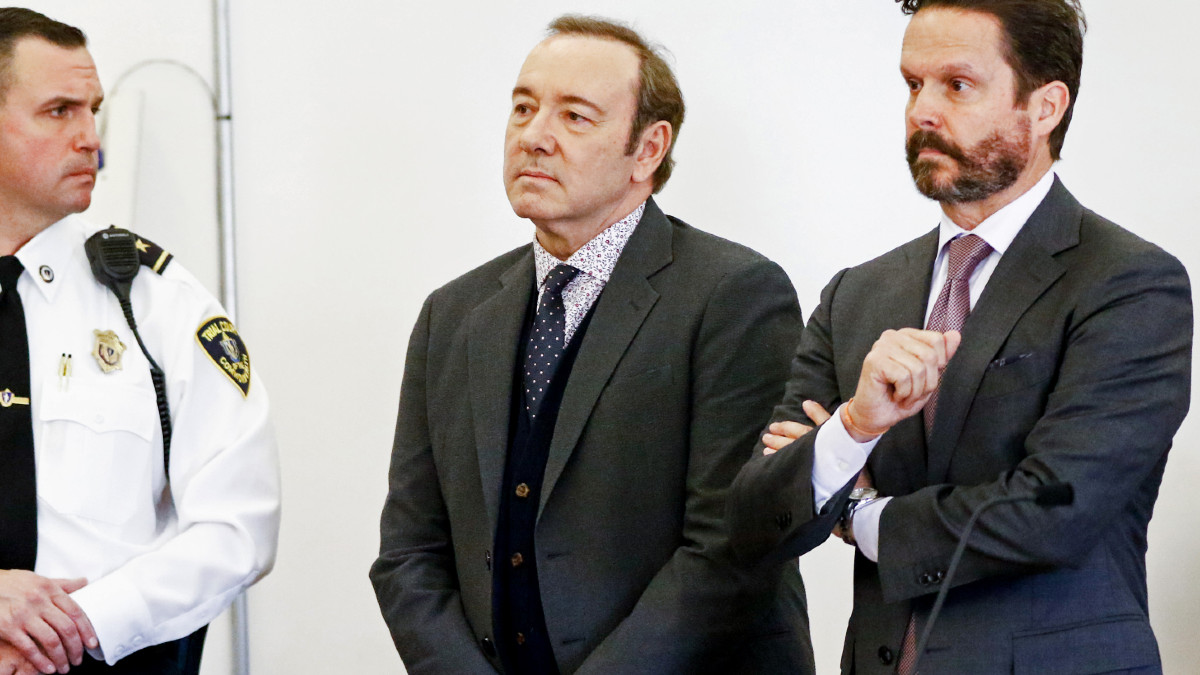 Kevin Spacey was formally charged on Thursday with four counts of sexual assault against three men by Britain’s Crown Prosecution, adding to the dozens of decades-spanning allegations that have been lobbed towards the actor since 2017. The latest, however, come just as Spacey was priming for his comeback with two new films — and the producers of one of them made it clear that they stand by the 62 year-old in a statement released to Variety.

“While it’s unfortunate that increased negative press is timed with Kevin returning to work, it’s also to be expected. There are those who wish for him not to act, but they are outnumbered by fans worldwide who await an artist they have enjoyed for decades returning to the screen. The production has no knowledge or comment on the various swirling allegations, and believe it’s a matter for the courts to determine validity if it exists. Peter Five Eight is a film for fans who care more for the art than the scandal.”

Peter Five Eight, which recently debuted a trailer at the Cannes Film Festival (with no backers, it should be noted), reportedly stars Spacey as a “charismatic yet mysterious man who arrives to a mountainside town with a mission.” His other film 1242: Gateway to the West, which is also on the market at Cannes, is a historical drama about Genghis Khan’s grandson Batu Khan, who was elected commander in chief of the western part of the Mongol empire. Spacey features as a “deeply spiritual man” who confronts Khan, ultimately causing his downfall.

The latest allegations against Spacey span from 2005 through 2013, which are believed to have occurred during his time serving as the artistic director at the Old Vic Theater in London from 2004 to 2015. An internal investigation yielded 20 alleged victims who claim Spacey behaved inappropriately toward them.

“The CPS has authorized criminal charges against Kevin Spacey, 62, for four counts of sexual assault against three men,” Rosemary Ainslie, head of the CPS Special Crime Division, said in a statement on Thursday. “He has also been charged with causing a person to engage in penetrative sexual activity without consent.”

“The charges follow a review of the evidence gathered by the Metropolitan Police in its investigation,” Ainslie added. “The Crown Prosecution Service reminds all concerned that criminal proceedings against Mr. Spacey are active and that he has the right to a fair trial.”

Spacey might be trying to launch a comeback of sorts, but the allegations continue to dog him at every turn.