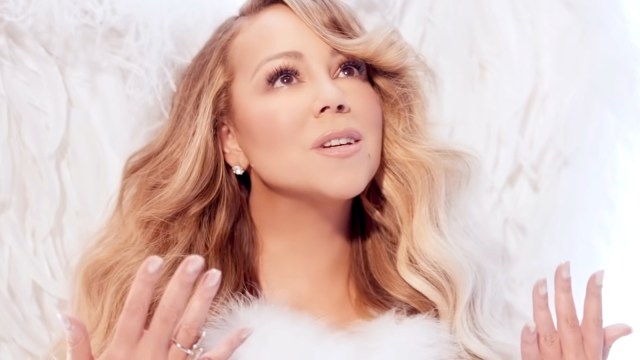 Can you hear that? It’s the sound of Mariah Carey’s “All I Want For Christmas Is You” quietly playing in the background.

Legend has it the five-time Grammy Award-winning artist departs into the ocean every year only to reemerge in time for Christmas, brushing snowflakes off her shoulders and blowing a kiss to those who’ve waited for her return. Now that Halloween is just mere hours from packing its bags, the internet has officially rolled out the red carpet for the Queen of Christmas and is welcoming her with open arms.

It’s true that “All I Want For Christmas Is You” released 28 years ago in 1994, but the song has since become a timeless holiday classic. In 2019, it finally reached number one on the Billboard Hot 100, then did so again in 2020, then again in 2021. While some Halloween lovers are just not ready to say goodbye to their ghouls and goblins, others can’t wait to stand under the mistletoe. Opinions on the matter may be divided, but one thing is true: there’s no avoiding it anymore.

The best part of it all is that Mariah’s in on the gag. She knows exactly how to cater to the fans; let’s not forget her iconic message from last year.

This year she appears to be gearing up for another round of holly jolly fun.

All we can say is it’s been a good run, Halloween. You’ve had your scares and your mayhem, but the Hour of Mariah is upon us now, and there’s no point in fighting it anymore. Grab your Christmas scarves, your peppermint candy, and a hot cup of cocoa because in t-minus no-time-at-all the first few bell chimes from “All I Want For Christmas Is You” will ring out over the land. If you squint hard enough you’ll just make out the outline of the Queen of Christmas sauntering out of the ocean waves, the season’s first snowfall sprinkling down upon her.