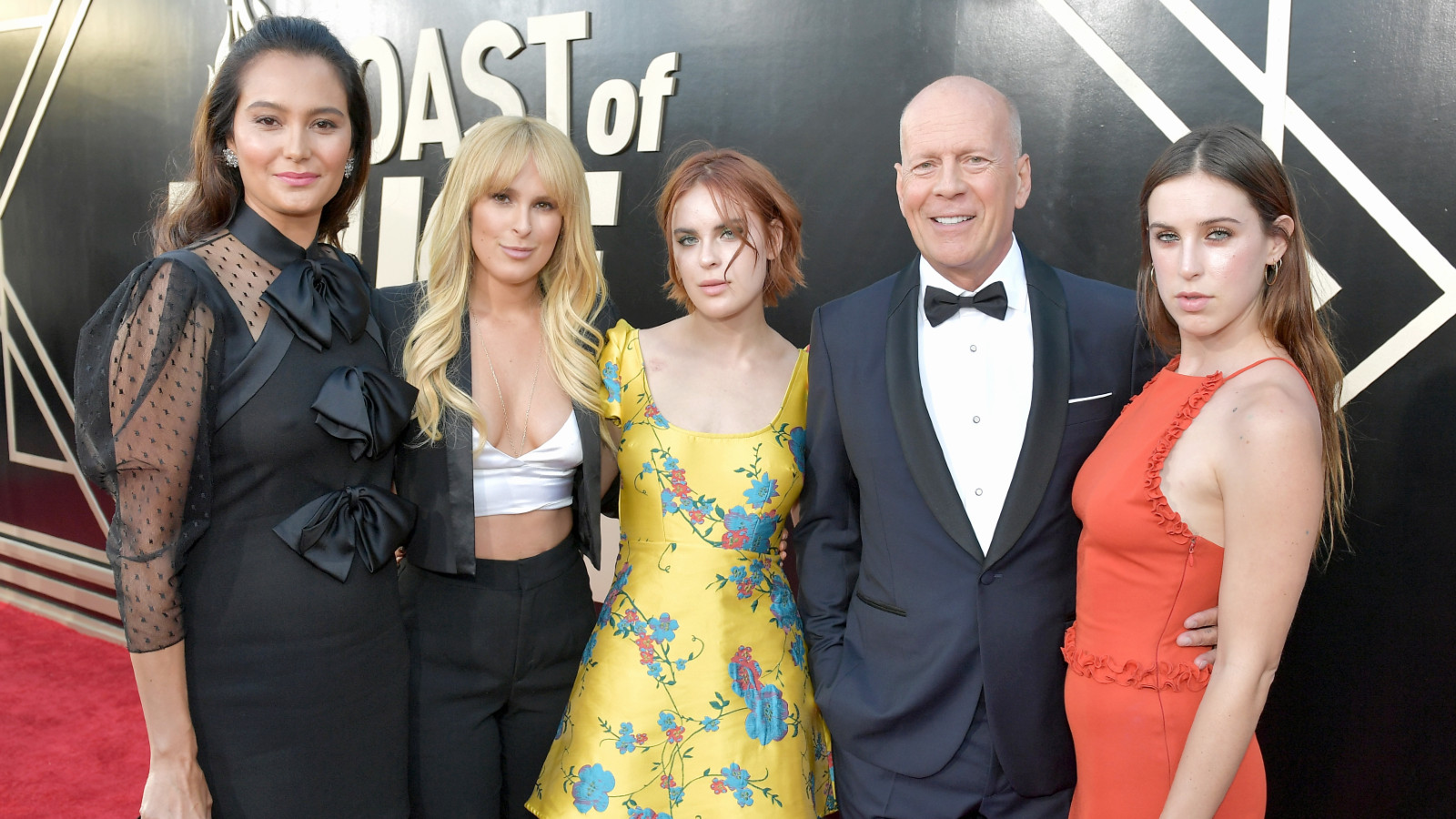 Bruce Willis seems like he’s been surrounded with positivity and love from friends, family, colleagues, and fans since it was first announced in March that he would be retiring from acting due to his battle with the cognitive disorder aphasia. And on Tuesday, his eldest daughter Rumer Willis shared a sweet update on her father.

“Out of practice but trying to play some tunes for my Daddio,” the 33-year-old captioned a photo of herself sitting on a couch with a large acoustic guitar.

“Sending good wishes and blessings to you and your Dadio hoping he’s doing well,” wrote one fan. “I feel music will help Bruce since he has such a connection to it,” added another.

The 67-year-old actor is also an accomplished musician, having put out three solo albums over the course of his career; The Return of Bruno in 1987, If It Don’t Kill You, It Just Makes You Stronger in 1989, and Classic Bruce Willis: The Universal Masters Collection in 2001. He’s likewise made several guest appearances on soundtracks throughout the years.

When his diagnosis was first revealed, the family of Willis came together with a united front to address his illness, including his five daughters Rumer, Tallulah, Scout, Mabel, and Evelyn; wife Emma Heming Willis; and first wife Demi Moore — releasing a joint statement on his condition.

“To Bruce’s amazing supporters, as a family we wanted to share that our beloved Bruce has been experiencing some health issues and has recently been diagnosed with aphasia, which is impacting his cognitive abilities,” the family wrote. “As a result of this and with much consideration Bruce is stepping away from the career that has meant so much to him.”

“This is a really challenging time for our family and we are so appreciative of your continued love, compassion and support,” the statement continued. “We are moving through this as a strong family unit, and wanted to bring his fans in because we know how much he means to you, as you do to him.”

“As Bruce always says, ‘Live it up’ and together we plan to do just that,” they added.

From the smattering of updates we’ve heard so far, it seems like the family is doing exactly that. We hope they can continue to cherish this time together as a family unit.