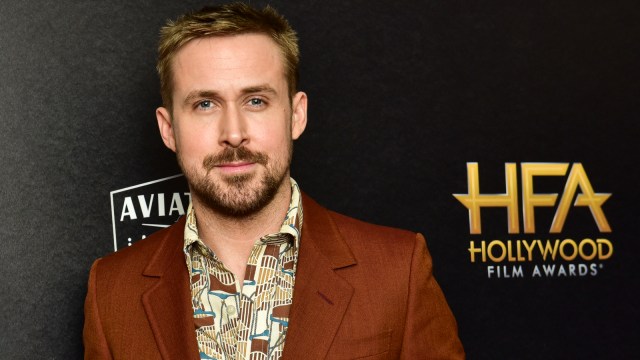 Doctor Who fans have already sworn their loyalty to new Doctor Ncuti Gatwa, and that includes Ryan Gosling. The Gray Man star is currently working with the Sex Education actor on Greta Gerwig’s Barbie movie, and it seems Gosling is even supporting Gatwa in his downtime. Paparazzi pics of the 41-year-old walking his dog showcased Gosling wearing a fanmade Who shirt sporting Gatwa’s face.

Gatwa was announced to be playing the newest incarnation of the Time Lord earlier this spring, making him both the first Black actor and the first openly gay actor to play the iconic role. He’s yet to start shooting on his time in the TARDIS, hence why fans have been busying themselves mocking up what Gatwa could look like as the Doctor. And clearly Gosling is as excited to see him in action as any of us.

Gatwa himself shared another pic of Gosling wearing his face on his Instagram story, captioning the image, “Dolls supporting doctors, as if I couldn’t love him anymore.” If you want to own the Gosling-approved fan shirt for yourself, the original creator, @TheCyberdevil, has made the tee available for purchase on their Redbubble page.

This isn’t the first time that Gosling has outed himself as a closet Whovian. Back in 2015, he cast Matt Smith in his directorial debut Lost River. The actor explained at the time that he wanted to work with him after flicking through channels and catching one of Smith’s Who episodes as the Eleventh Doctor.

Sadly, it’ll probably be a while until we see Ncuti Gatwa as the Doctor for real as his era won’t begin until late into 2023. First, Jodie Whittaker is set to bow out in a special airing this fall before David Tennant returns, somehow, to celebrate the show’s 60th anniversary. As for Barbie, the Margot Robbie vehicle comes to theaters on July 21, 2023.