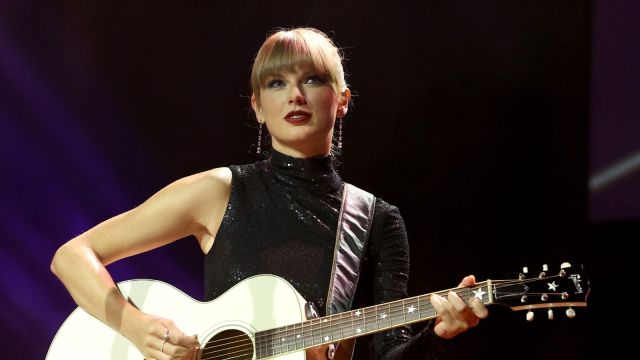 Taylor Swift is going nocturnal and living up to the title of her new studio album Midnights. Her much-hyped 10th album immediately became one of the most anticipated releases of the year when it was first announced at the MTV Video Music Awards on August 28.

Swift teased the title as resulting from thoughts during sleepless nights, saying it’ll be a concept album that’ll take listeners on “a journey through terrors and sweet dreams”.

Now, the singer has taken to Tiktok to release the first in a series of kinda Lynchian videos titled “Midnights Mayhem with Me,” in which she’ll gradually reveal the tracklist. Tiktok itself teased that something Swiftian was going down overnight via its official account and – as the clock chimed 12 – Taylor spun the bingo ball cage and announced the new song:

Number 13 emerged, and she confirmed that this track will be titled “Mastermind”. Expect Swift to appear on TikTok at midnight every night for the next 12 days to pull out another ball and give us a new song title.

Midnights will drop on October 21, and judging by how carefully Swift is sticking to the album title’s theme we’re betting it’ll be released at – you guessed it – midnight.

We also doubt the hype machine will stop at “Midnights Mayhem with Me”, so keep a close eye on Swift’s social media accounts for any mysterious teases or cryptic videos over the next few weeks. Whichever way you cut it, these midnight title reveals definitely give fans motivation to stay up late, not that they need it given the notorious dedication and commitment of Swifties everywhere.