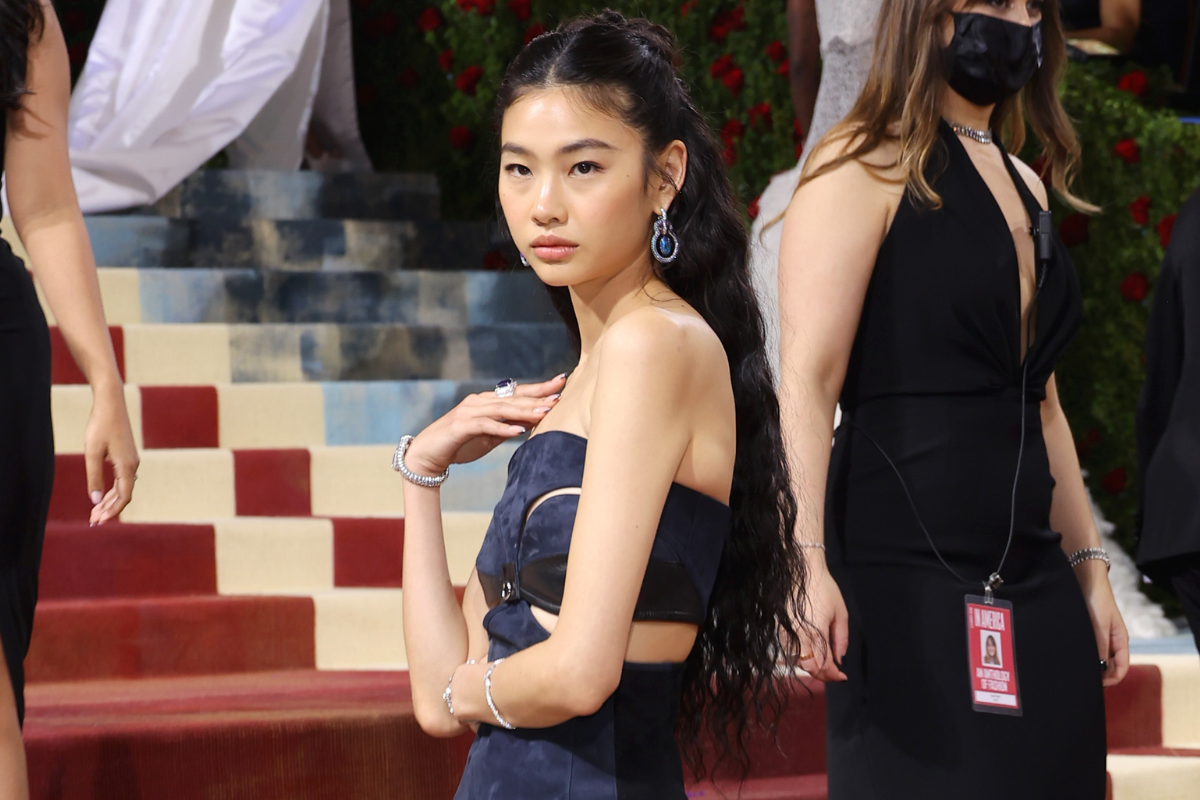 This is the Squid Game star’s first Met Gala, and according to Vogue, an all Korean team was in charge of the 27-year-old’s outfit and makeup ensemble. The fashion team behind the actress’s Met Gala appearance is proud as the world is “starting to take notice and support a Korean actress”.

“We feel deeply connected and proud to not only support Hoyeon but also see how amazing it is for the world to take notice of and support a Korean actress and show. It feels like family and is so surreal.”

HoYeon’s dress is by Louis Vuitton, which is fitting since she became the brand’s Global House Ambassador in 2021. According to the actress’s makeup team, HoYeon’s entire look takes inspiration from late-1800’s, with influences from painters John Singer Sargent and Robert Henri.

HoYeon Jung starred as the North Korean defector Kang Sae-Byeok in the 2021 Netflix K-Drama Squid Game. She won the Critics Choice Super Awards for Best Actress in an Action Series and the Director Cut Awards for Best Actress in a series for her performance in the show. It was announced in April 2022 that HoYeon will have a lead role in the upcoming A24 film The Governesses.

The theme of this year’s Met Galas is Gilded Glamor, with other notable actors such as Ansel Elgort, Austin Butler, and Vanessa Hudgens making an appearance.