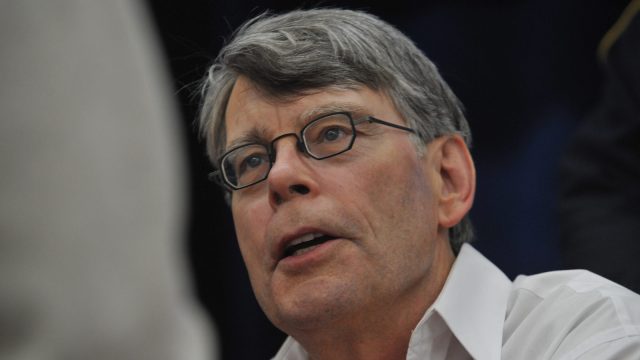 Acclaimed horror writer Stephen King has expressed his distaste for the overbearing Christmas season. Nowadays, once Halloween ends, Christmas begins and completely takes over the rest of the year. He tweeted, “The damn political ads stopped just in time for the damn Christmas ads to start.”

King — best known for penning horror novels such as The Shining, IT, and Carrie — also tweeted, “The next time I hear ‘Holly Jolly Christmas’ I’m gonna blow up my radio.”

The master of horror is no stranger to expressing his grievances online. In fact, he’s tweeted about his disdain for ‘Holly Jolly Christmas’ before.

He’s also been a vocal critic of former President Trump – with tweets like, “Having Trump as president is like tapping the drunkest guy at the party to be the designated driver.”

As much as it’s hard to believe, he’s even lost his love for Halloween. In a 2005 interview with Conan O’Brien, King discussed how he “loathes” Halloween. He said:

“I loathe Halloween. If I could go to the gulag on Halloween, I probably would. We used to stay home, and thousands of people would converge on the house and we gave out candy and everything else. We got to the point where we were actually thinking about bringing in fog machines and putting up fake gravestones and everything. And I’m kinda like, hold on a second. I’m turning into the Halloween Santa Clause. ”

When it comes to his disdain for Christmas music, King is not alone. A 2011 Consumer Report survey found that 23% of people dread holiday music.

Unfortunately for King, as Thanksgiving approaches, Christmas music will only get more inescapable.