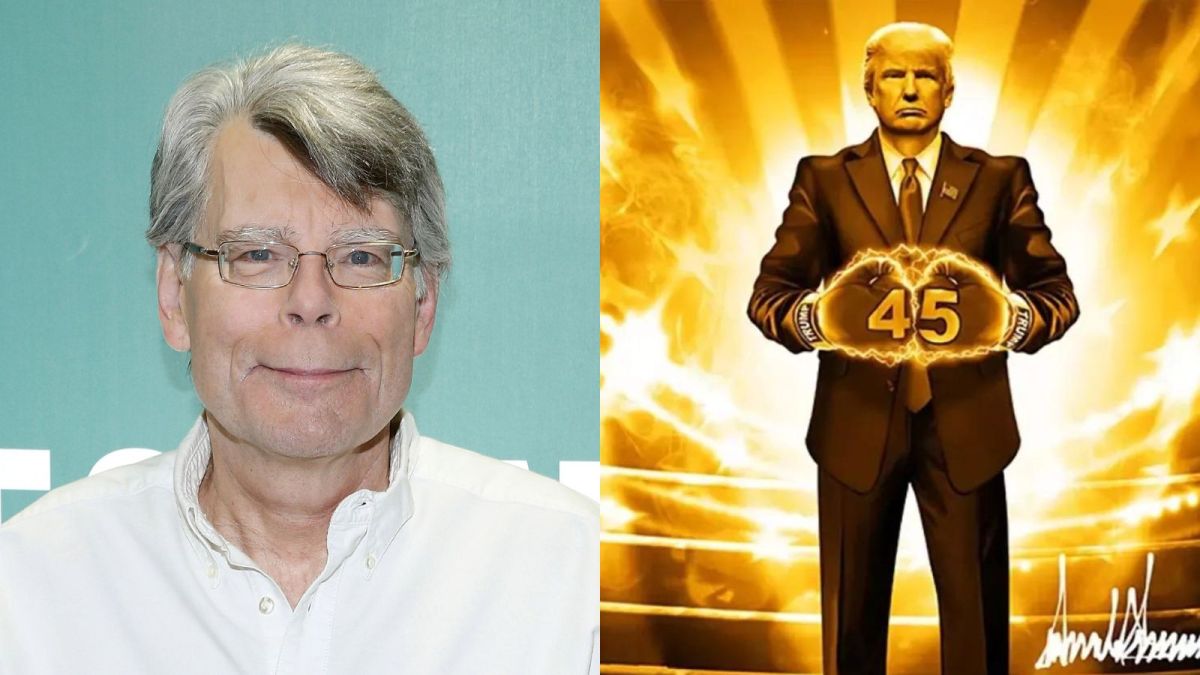 Count on Stephen King to always be first in line to absolutely drag Donald Trump, with the former President’s NFT announcement seeing the King of Horror waste no time mocking him.

Potentially the worst trend of the modern era is the proliferation of non-fungible tokens (NFTs) as already obscenely rich people realize they can make more money out of riding a trend. While cryptocurrency fluctuates so rapidly already, NFTs have become synonymous with failed investments.

All of the aforementioned leads perfectly to Trump releasing his very own range of NFTs, as he’s seemingly unaware of how inconsistent the digital trading cards are. The art on his NFTs is laughably bad, but the real kicker has been pointed out by author King.

While other former presidents — even the most controversial like George Bush — are busy doing charitable good for disadvantaged people or attempting to use their voice for good, Trump is releasing a Ponzi scheme for his cult-like followers.

Trump is completely unlike any modern-day politician and former world leader. He shows little-to-no political acumen, with his brain wired into pure “business” decisions and attempting to make money. King, again, mocks him for this as he likens him to a late-night shopping network host.

Trump has mastered one part of politics, which is his spin — although often not intentionally. Every time a negative news story comes out about Trump, a new one replaces it within days. One singular controversy only lasts a day or two at most for him, whereas most politicians need at least a week for heat to die down.

Running for president once more also means we’ll be subjected to this a hell of a lot more. The relatively quiet period of 2021 in which he was deplatformed from Twitter is very much ending. Look forward at the very least to King dunking on him with ease more and more often.