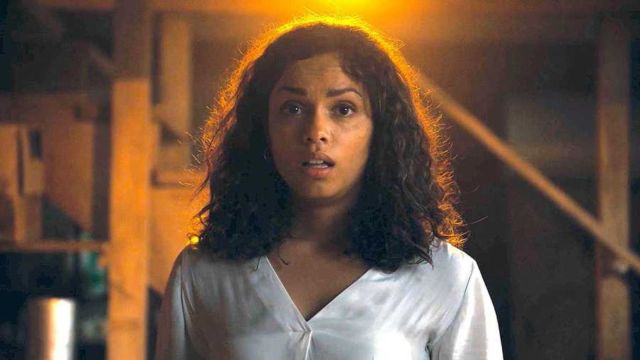 The King of Horror, Stephen King has handed down a huge recommendation to a new horror movie, describing it as “crazy good” on his social media.

The novelist of countless seminal horror works has given his blessing to Barbarian, an original horror movie that has put itself forward as one of the best horror films of the year. King told his followers the film blew him away and spoke glowingly of its craziness.

Barbarian is the directorial debut of former sitcom star Zach Cregger, who has stunned audiences and critics with his horror film. A surprise hit at the box office, Barbarian has grossed $42.3 million on its $4.5 million budget, making it one of the year’s biggest success stories.

Its simple premise sees the protagonist rent an Airbnb, only to discover she may not be the only tenant in the slightly decrepit Detroit home. From there, madness ensues and some of the years’ best horror sequences are unleashed upon her. In case you didn’t already have a fear of being spied on.

2022 has been an excellent year for horror fans, and in particular for original scripts and ideas. The likes of Pearl, Men, Crimes of the Future, and now Barbarian proves there’s plenty of room for new auteurs to rise up in the genre, and returns of the masters.

Sleeper hit at the box office, Barbarian is now ready to rampage on streaming. Currently available to stream on HBO Max, it feels like one of the few good news stories to come out of the platform this year.