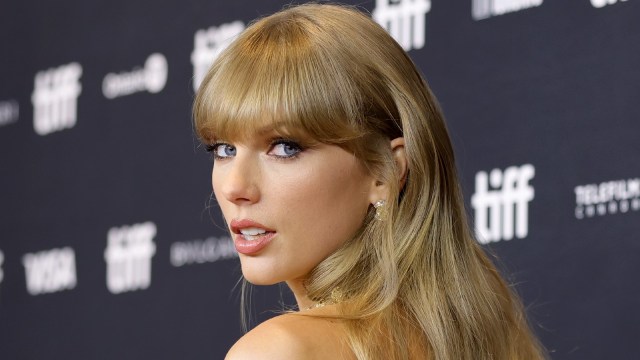 Taylor Swift has been gifting fans breadcrumbs which they are ardently following on the road to her latest album release, “Midnights”. The artist has been making announcements via TikTok, including letting fans know track names through a series she titled Midnight Mayhem with Me. Her latest reveal as to the inspiration behind her album has caught fire on the internet as fans are now super hyped ahead of the release this Friday.

The pop star revealed the things that keep her up at night in a video for Spotify, stating one of those things is “fantasizing about revenge” before chuckling to herself. Now Swift fans have gone mad for this juicy piece of information with the phrase currently trending on Twitter. The musician has had her ups and downs in her personal and professional career, from past relationships, friendships turned sour, and beef with other artists, Swift has her fair share of drama to mine from.

She has already done so in the past with songs like “Look What You Made Me Do”, “Bad Blood”, and “Blank Space”, as well as more playful songs like “Shake It Off” ridiculing the media focus on her love life and (lack of) dancing skills whilst also throwing shade at artists such as Katy Perry and Kanye West. Swift uses these to fuel her songwriting and fans love the inclusion of her real-life drama in her work, so they cannot wait to find out what this so-called “revenge” is and who exactly it is aimed at.

They know that this means the album is not going to pull any punches and they are here for the beatdown.

Fans are loving the slightly maniacal vibes this is giving off.

This fan seems to have just accessed the internet after a spell to find Swift is everywhere!

Of course, you couldn’t have a statement like that and not expect some photoshopping to happen.

A grinning Swift walking away from an explosion is what fans are really hoping for in the music video.

Fans are just thrilled to have the Reputation-era version of the musician back with them.

Taylor Swift’s album “Midnights” will drop on Oct. 21, at midnight, naturally. With the release of a video on the singer’s TikTok it will also be accompanied by a “very special chaotic surprise”. The following week the singer has a whirlwind promotional tour with an appearance on Jimmy Fallon on Monday, Oct. 24, and another on The Graham Norton Show on Friday, Oct. 28.