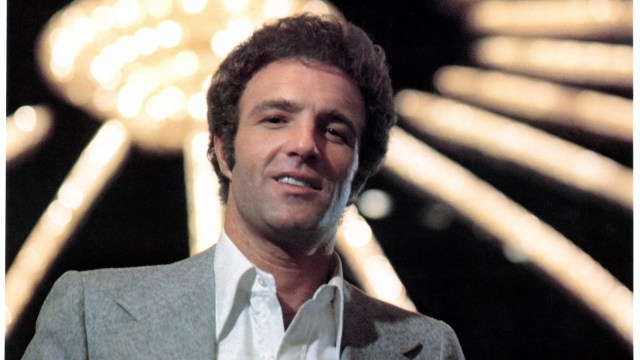 When James Caan passed away, Hollywood lost one of its best actors, as well as an artist that spanned the history of Hollywood. Caan got his start in the early 1960s, toward the end of the old studio system. In the 1970s, during the “New Hollywood” era of American auteur filmmaking, Caan appeared in The Godfather, long considered one of the greatest movies of all time. He would go on to become one of the era’s biggest stars.

During a nearly decade-long dry spell during the 1980s Caan briefly considered leaving movies altogether but soon found his career reinvigorated after he appeared in one of the great psychological thrillers of the 1990s. Caan would continue to appear regularly in movies for the rest of his life, working in comedy, drama, action, animation, and even one of the greatest holiday films of all time.

Here is our list of ten of his greatest roles.

Caan had appeared in a handful of television and film roles before director Howard Hawks, who had worked with Caan in the unsuccessful Red Line 7000 cast him as eccentric rogue Alan Bourdillion Traherne aka “Mississippi”. The western teamed the 26-year-old Caan with a pair of Hollywood giants, John Wayne and Robert Mitchum. Caan is easily one of the best things about the movie, an ex-card sharp who has dead aim with a knife but can’t hit the side of a barn with a gun.

Unfortunately, though the movie was a success it didn’t translate into better jobs for Caan for several years.

After years of trying to achieve film success, Caan reluctantly returned to television to star as Chicago Bears Halfback Brian Piccolo opposite Billy Dee Williams in the movie Brian’s Song. The movie, which tells the tale of the men’s unlikely friendship and Piccolo’s eventual death due to cancer was a smash hit and remains one of the most-watched TV movies of all time. It earned Caan an Emmy nomination and another shot at movie stardom.

While it’s hard to say a thing that hasn’t been said about The Godfather, it should be pointed out that Caan put in a performance every bit as extraordinary as that of his co-stars Al Pacino, Robert Duvall, and Marlon Brando. His portrayal of Sonny Corleone as a man too emotional and subject to his own rage to run his father’s criminal empire is also one of the most poignant elements of the movie’s story.

Freebie and the Bean

Freebie and the Bean paired Caan, as golddigging SFPD Det. Sgt. Tim “Freebie” Walker, with fastidious-to-the-point-of-neurotic Det. Sgt. Dan “Bean” Delgado, played by Alan Arkin. The movie successfully combined the style of hard-boiled police drama with Odd Couple antic comedy and became a blueprint for countless buddy cop movies to follow. Though initially panned by critics the movie was a box office success and has earned a cult following.

In Rollerball, an intriguing mash-up of sports movies and science fiction set in a dystopian future, Caan played Johnathan E., the captain and veteran star of a Rollerball team. The ultra-violent game serves to distract a world dominated by corporate control. Caan’s performance as one of the few men in the world still able to question authority is one of the standout hardcore sci-fi movie performances of the 1970s.

In 1981 Caan played safecracker Frank in Thief, Michael Mann’s feature film debut. His performance ended up being one of his favorites, and he rated it just below his portrayal of Sonny in The Godfather. As Frank, a master criminal who gets co-opted by the mob until he’s pushed past his breaking point, Caan puts in a tour-de-force performance. The film not only presaged the rise of Mann to critical heights but also established tones that echoed throughout the cinema of the 1980s.

Unfortunately, Caan would not see similar success in the decade. After a disastrous rom-com and a series of personal struggles began to overtake him, Caan spent most of the ’80s MIA from the big screen.

Caan returned to film in friend Francis Ford Coppola’s Gardens of Stone and had box office success with another sci-fi film, Alien Nation but he truly re-entered the public eye when he was cast as author Paul Sheldon in Rob Reiner’s 1990 adaptation of Stephen King’s Misery. The standout performances by Caan as romance novelist Sheldon and Kathy Bates as superfan-turned-obsessive-captor Annie Wilkes turned Bates into a household name and reinvigorated Caan’s sagging career. Critics and audiences agree and most fans consider it to be one of the best adaptations of King’s material to date.

Caan kept busy throughout the remainder of the ’90s, appearing in an assortment of rom-coms and action pictures. In 1995 he opted to appear in a first-time director’s debut feature, Wes Anderson’s Bottle Rocket. Caan plays Mr. Henry, a part-time criminal ringleader (and landscaper) approached by the film’s protagonists, a trio of aspiring robbers played by Luke and Owen Wilson (in their screen debuts) and Robert Musgrave. Though not a box office success by any means, the movie served as a proof of concept for Anderson’s now thriving career. Caan was the first big-name star to take a chance on the director, who now has a veritable chattel of Hollywood A-listers willing to appear in his projects.

Though it might have seemed unlikely that Caan would end up in one of the most feel-good holiday films of all time considering his body of work up until 2003, Elf has undoubtedly proven that it is indeed the case. The Christmas charmer which shows human elf Buddy reunited with his coldly cynical publisher father — played by Caan — has been a perennial holiday favorite since its release and is probably watched more than any other movie other than A Christmas Story once December rolls around. Much of its success is due to Caan’s transformation from an absent career-obsessed exec into a loving father of both his older and younger sons.

It’s hard to think of a better thing to be remembered for.