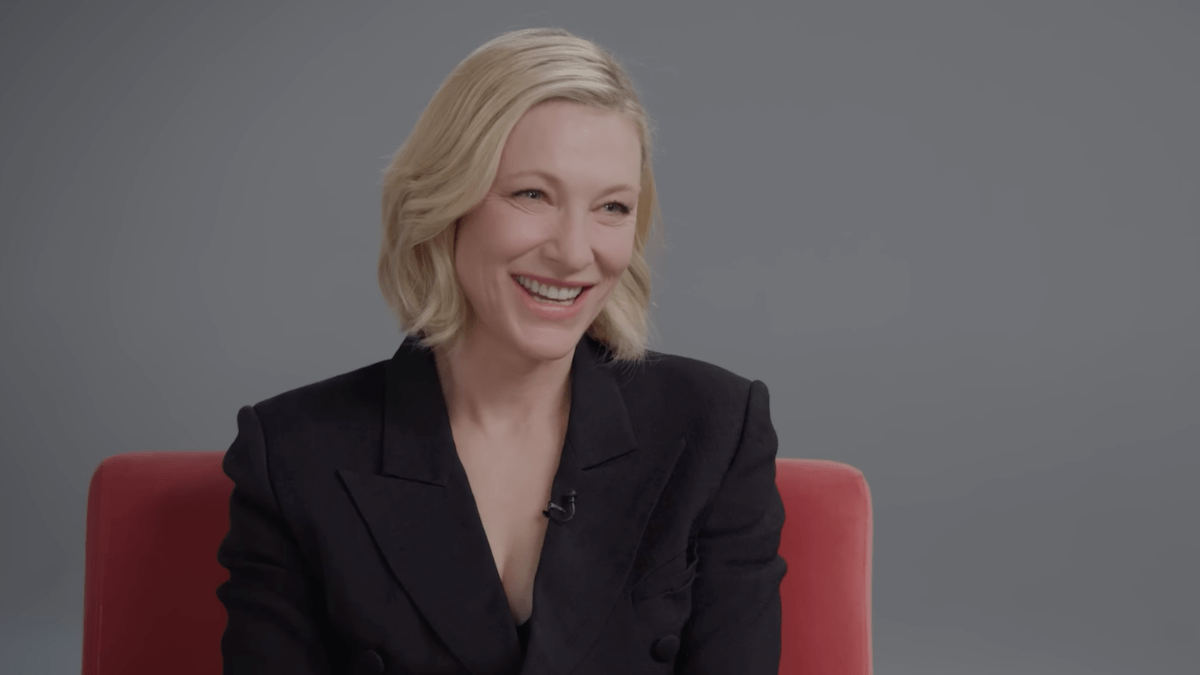 People love talking about their passions. When one’s work and passion are one and the same this happens frequently. There was a whole phrase developed about this phenomenon, “talking shop.” Variety Studios: Actors on Actors is built on this premise. It brings together a pair of actors who have meaningful conversations about their recent work. Here are the 7 best moments of this entertainment talk show in 2022.

Carey Mulligan and Margot Robbie worked together on the 2020 film Promising Young Woman. Mulligan starred in the film as Cassandra Thomas and Robbie produced, so the pair are old friends. When talking about their new projects, Mulligan revealed she had recently seen Robbie’s latest film Babylon, which is quite racy, with her mom. “What’d she think? Oh, my God,” Robbie asked. “It’s a fun one to see with your mum,” Mulligan joked. “Everyone should see Babylon with their parents. It won’t be awkward at all,” Robbie advised. The pair shared a good laugh over that.

Cate Blanchett and Michelle Yeoh have tremendous respect for each other. When talking about their projects — Tár and Everything Everywhere All at Once — they discovered both of their roles were originally written for men.

“They initially wrote it for a man. I think it’s the norm, because it would be easier to finance. It would be easier to understand that a guy would multiverse jump. But then they changed it into a mother role, which actually suits the Daniels so much more, because they’re surrounded by very strong, smart women,” Yeoh stated.

Blanchett weighed in: “it’s funny that you say Evelyn in Everything Everywhere All at Once was originally written for a man. When Todd was thinking about it, Tár was originally a male role. Because the film is a meditation on power, you would’ve had a much less nuanced examination of that. We understand what the corruption of male power looks like, but we need to unpack what power is itself.” These powerful women agree, audiences need more women in leading roles in films.

Viola Davis and Jennifer Lawerence connected over loving motherhood and being imperfect at it. “We’re living in a world now where we’re so disconnected from ourselves that we can’t connect with other people. And that’s because everybody is perpetrating a fraud. I mean, everybody! I became a mom. Every mom I’ve run into, all of their kids are gifted. None of their kids have any issues. All of their kids come home with straight A’s. And I’m like, ‘Well, hell — really?’” Davis revealed. Lawrence agreed, adding: “It was the scariest thing in the entire world to think about making a family. What if I fuck up? What if I can’t do it?”

“Jennifer, I locked my kid in the car, and it was sweltering hot outside,” Davis confessed. Her daughter was quickly rescued by emergency personnel.

“I drove around with mine, didn’t realize he wasn’t buckled into the car seat. He was just teetering around, just flying. OK, great! Good to know that we all almost killed our kids,” Lawrence confessed as well.

Paul Dano and Brian Tyree Henry connected over their mutual love of theater and had a friend in common. Dano’s wife Zoe Kazan went to Yale with Henry. “It’s crazy how small this world is. Because Zoe and Lila — who directed Causeway — and I were just insane people at Yale. We watched everything. We talked about theater. We would walk the streets. And I immediately felt it with Zoe. We used to have some amazing talks,” Henry gushed.

John Boyega and Letitia Wright have known each other for 13 years since attending Identity School of Acting in London. Together they manifested the life they now lead. It is a beautiful thing watching someone live out their dreams.

“We’re not going to do this how everybody else does it, because we have history,” Boyega stated.

Wright went on to say: “I remember us as a group always going to McDonald’s and inspiring each other. Someone said to you, ‘What’s your next TV show?’ The first thing you said was ‘I want to do a big feature film.’ You were thinking ahead — into the realms of Star Wars.”

“I liked that environment. After class, going to McDonald’s and speaking about what we’re living today. It’s a phenomenal thing,” Boyega concluded.

Laura Dern knows Steven Spielberg well. So well in fact, she knew his mother Mitzi whom Michelle Williams’ character in The Fabelmans was based. Dern had nothing but kind things to say about Williams’ performance.

“I had the privilege of knowing his mom, and she was such an incredible person. The way she entered every room and the way she championed everyone in the room at all times is held so profoundly by you in your performance. So I just love that he found someone that felt so safe to take on his soul-healer mama. What an intimate thing!” Dern gushed.

Jamie Lee Curtis and Colin Farrell discussed the beauty their sobriety allows them to see in the world.

“I had suspicions, before I got sober, of how painful life could be. But I had no ability to hold that without being self-destructive and without living in it. I don’t live in that now,” Farrell stated.

Curtis summed it up: “Being sober is going to be a legacy, for sure. Because I’m stopping what has been a generational issue in my biological family. It’ll be the single greatest thing I do, if I can stay sober. Because generations of people have had their lives ruled and ruined by alcoholism and drug addiction. For me, sobriety first. Always.”