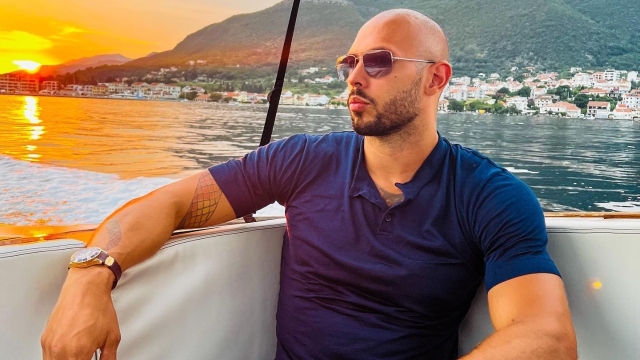 Andrew Tate is no stranger to controversy. In fact, the former kickboxer, Big Brother contestant, and current content creator is at the center of calls for TikTok to improve its content filtering and removal policies after several videos featuring Tate and his past public comments have gone viral.

And it is easy to see why people are demanding this, since Tate is on record saying several things that seem to infringe most websites’ terms of service. In fact, several charities have demanded TikTok remove the content. Talking to the Daily Mail, Amelia Handy, policy lead at Rape Crisis England and Wales, said:

“These videos are a clear example of rape culture, where rape and sexual violence are minimised and survivors are blamed for crimes committed against them. Sexual violence does not exist in a vacuum, it is very much rooted in the sexist belief that women and girls are less valuable than men and boys. It is therefore deeply concerning that young people have access to content that teaches just this and makes sexual abuse seem normal. TikTok has a responsibility to ensure the safety and wellbeing of its users: by allowing these videos on their platform they are failing to protect the millions of young people who use their app.”

However, these are not the only offensive and controversial things Tate has said previously. Here are eight of the worst things the ex-Big Brother contestant has come out with.

8. “If you put yourself in a position to be r***d, you must bare some responsibility.”

Part of a Twitter rant about the Harvey Weinstein case, this entire rant was controversial due to its misogynistic and victim-blaming elements.

7. “This belief does discredit as a whole. Stick to the serious definitions and stop pretending normal male behavior is r***.”

6. “Why would you be with a woman whos not a virgin anyway (sic)? She is used goods. Second hand.”

Said during a 2014 interview, Tate told the press that this was him “jokingly mocking” a Russian kickboxer he was going to fight, arguing that the kickboxer “did the comments seriously in the Russian press (sic).” However, due to Tate’s other comments, many didn’t buy this excuse.

5. “So people defend depression. They get angry when I say this. Because they need this bulls*** to justify their own failures. By admitting I’m right, they need to work hard to make themselves happy. To avoid the work – argue with me and pretend depression is a thing.”

During a Twitter rant in 2017, Tate argued that depression and other mental health issues were “not real” while proving he didn’t fully understand the concepts he was talking about.

4. “By extension, if I have responsibility over her, then I must have a degree of authority.”

Tate’s opinions of women have always caused controversy, especially with him making many misogynistic comments during interviews. This comment was said during a Barstool Sports interview. Tate started by talking about how he treats women on a first date, before dropping this pointless statement.

3. “One of the best things about being a man is being territorial and being able to say ‘that is mine.'”

During a live video debate with xQc, this statement further proved that Tate’s views on women and gender roles do not reflect modern conceptions of the two.

Tate said this while he was being investigated concerning abuse allegations. The former kickboxer used this quote to explain why he moved to Romania, suggesting that he chose the country as he believed he could more easily get away with sexual crimes there.

Tate’s comments on women having multiple partners have also attracted controversy, further building on his other misogynistic comments.