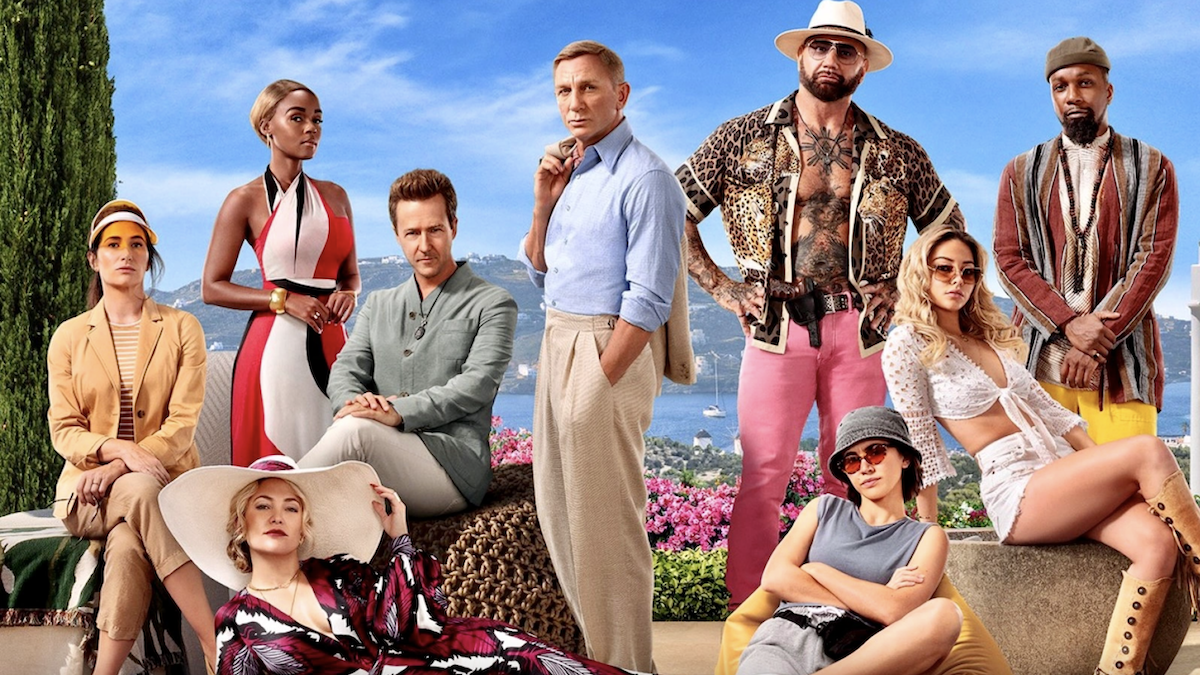 Whether or not you prefer Glass Onion: A Knives Out Mystery over its predecessor ultimately boils down to personal choice. The standalone sequel to 2019’s Knives Out was met with critical acclaim, with the direction and screenplay of  Rian Johnson lauded for its brilliance. The ensemble cast was also showered with praises, with particular adoration directed to Daniel Craig and Janelle Monáe.

The lavish murder mystery centers once again on the sleuthing works of detective Benoit Blanc, this time joined by a tech billionaire and his friends. With such a talented cast of famous stars in this film, it’s easy to wonder if these celebrities are living just as large in real life.

So, here are the net worths of the main cast members of Glass Onion.

There’s some uncertainty about how much British actress Jessica Henwick has amassed in her decade-long career. Several websites put her net worth somewhere between $600 thousand and $5 million. She has starred in several notable projects over the years, including Game of Thrones, Iron Fist, Star Wars: The Force Awakens, and The Matrix Resurrections, among others. By starring as the main character in BBC’s Spirit Warriors, Henwick became the first actress of East Asian descent to head a British series. She is also a successful writer, producer, and radio host. She stars as Peg, Birdie’s loyal assistant in Glass Onion.

After a decade breaking into mainstream media, Madelyn Cline achieved success in 2020 with Outer Banks, a teen drama. She plays Sarah Cameron in the mystery series, which has gained her a ton of new fans, and has helped boost her net worth to a cool million. Her other credits include roles in the comedy, Vice Principals, the supernatural drama, The Originals, and Stranger Things. In Glass Onion, she stars as Whiskey, girlfriend of Duke Cody, played by Dave Bautista.

Kathryn Hahn’s net worth of $2 million, according to CelebrityNetWorth, is thanks to her large filmography which stretches back for over two decades. Hahn has covered a wide range of genres, kicking off her career with the crime drama Crossing Jordan, and starring in a number of popular comedies and dramas over the years. These days, she is easily recognized for her role as Agatha Harkness in the MCU, which she will reprise in the spin-off series Agatha: House of Harkness. She starred as Claire Debella in Glass Onion, the governor of Connecticut, who’s now in the race to join the United States Senate.

Actor, singer, and genius on stage, Leslie Odom is an icon to theater kids all over the world. Winning the hearts of critics and audiences alike with his Tony-Award winning portrayal of Aaron Burr in the musical Hamilton, Odom Jr. needs very little introduction. He portrays scientist Lionel Toussaint in Glass Onion, and has appeared in multiple notable films and television shows, including Harriet, Smash, and One Night in Miami… the third of which earned him an Oscar nod. These works have all helped him garner a net worth of $10 million.

Though she started off as a lauded singer, rapper, and performer, Janelle Monáe has now become a formidable actress, having delivered a wonderful performance in the Oscar-winning Moonlight, as well as the biographical dramas Hidden Figures and Harriet. The multitalented star now boasts a net worth of $12 million. For her lead role as both Helen and Andi Brand, she received rave reviews, going on to win several accolades, both as a part of the ensemble cast, and for her individual portrayal. Her third album Dirty Computer was one of the most lauded albums of 2018, earning an Album of the Year nomination at the Grammys. It’s been reported that she will release new music in 2023.

After a large and mega successful two-decade run in the WWE, Dave Bautista is easily one of the most recognizable professional wrestlers of all time. Slowly, ever since his first acting role in 2006, he has become the most lauded wrestlers-turned-actors of all time in terms of acting capabilities. Noted for his ability to adopt different personas on screen, and bring life to a wide range of characters, Bautista’s net worth of $16 million should come as no surprise. With roles in Riddick, Blade Runner 2049, Army of the Dead, and Dune, the actor’s credits are pretty enviable, but nothing comes close to his portrayal of Drax the Destroyer in the MCU. He starred as Duke Cody, a controversial streamer, in Glass Onion.

As one of the most famous actresses of her genre. Kate Hudson has been a bankable actress since the 2000s, when she began to head multiple successful romantic comedies. She played the model-turned-designer Birdie in Glass Onion. With a staggering $80 million to her name, Hudson’s acting isn’t all that’s brought her major success. She is the co-founded of popular fitness brand Fabletics, and has written multiple non-fiction books.

As the star of Glass Onion, Daniel Craig’s second outing as Benoit Blanc was met with applause from critics. But that’s not why he’s amassed a staggering $160 million net worth. As the most recent man to play the iconic character James Bond, from 2006’s Casino Royale, to 2021’s No Time to Die, he is essentially a household name. Coupled with his three decades-long career, Craig is one of the most popular British stars in the world.

Edward Norton as Miles Bron may not have been that much of a stretch it seems, because of all the cast members in Glass Onion, he’s by far the richest. Boasting a hefty net worth of over $300 million dollars, Norton is not just the richest actor on this list, but is one of the richest in all of Hollywood. While his illustrious career seems like the likely cause for his enormous wealth, CelebrityNetWorth cites his investments in technology as the reason.