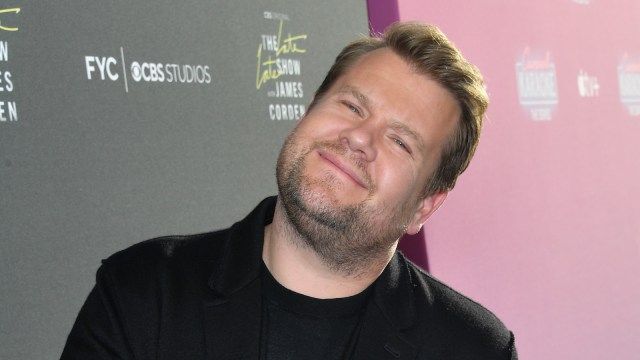 McNally posted a photo of Corden on his Instagram account, with a caption that detailed what unfolded since he implemented the ban… mere hours ago. According to him, Corden, who apologized profusely for his behavior, “doesn’t deserve to be banned from anywhere.”

He ended the post by welcoming back Corden and that all has been forgiven. Fun’s over, folks!

“James Corden just called me and apologized profusely. Having fucked up myself more than most people, I strongly believe in second chances. So if James Corden lets me host his Late Late Show for 9 months, I’ll immediately rescind his ban from Balthazar. No, of course not. But….anyone magnanimous enough to apologize to a deadbeat layabout like me (and my staff) doesn’t deserve to be banned from anywhere. Especially Balthazar. So Come Back to the 5 & Dime, Jimmy Corden, Jimmy Corden. All is Forgiven.”

Not everyone took the news well when the post came out, as some questioned why Corden didn’t apologize to the staff. Others called out the talk show host for “damage control” after multiple news outlets reported on it, with others wanting McNally to keep the ban status as it would teach Corden a lesson.

McNally had previously alleged Corden was rude to servers and managers on multiple occasions, before declaring a ban from returning to the restaurant. Since then, people shared other similar incidents that occurred in other restaurants thanks to Corden’s rude behavior.

Corden didn’t release a public statement about the allegations.