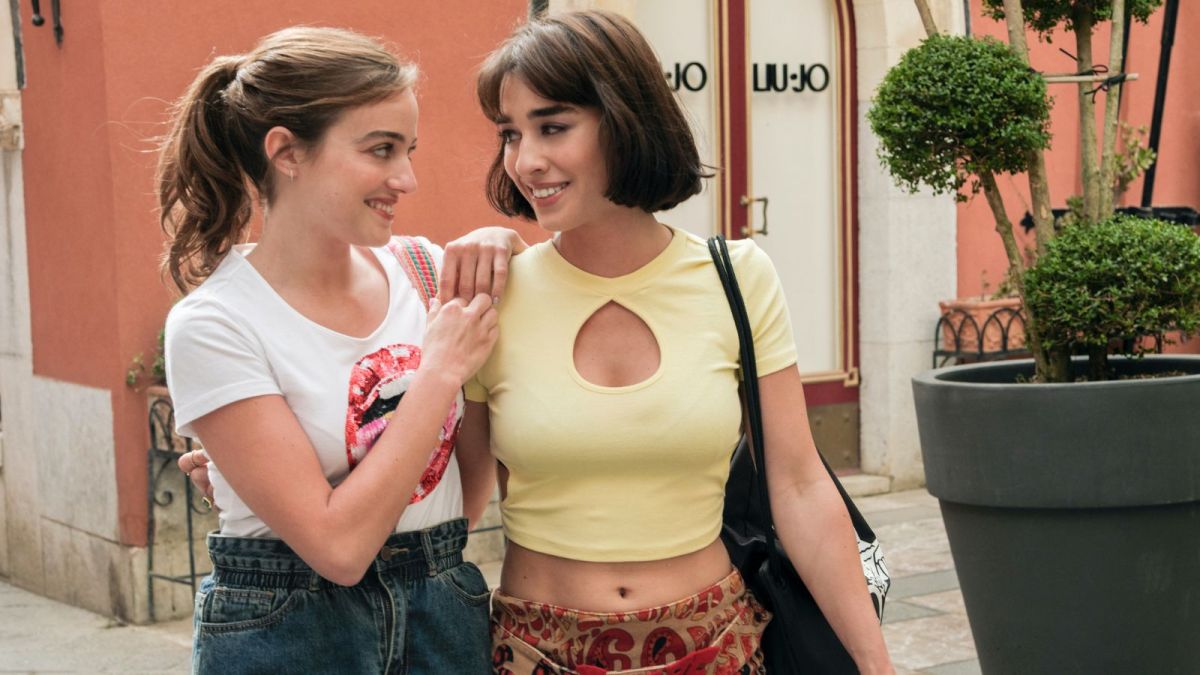 Breakout stars of the hit show The White Lotus have found themselves at the front of a campaign for Kim Kardashian‘s shapewear line Skims. Kardashian, like many of us, is absolutely in love with the show and she hopes that we too will fall in love with her new Valentine’s Day campaign starring Simona Tabasco and Beatrice Grannò.

The pair are seen wearing the limited edition Valentine’s Day range which will drop on the 26th. The collection gives off an almost 90s vibe with candy pink color and dark pink hearts all over for one set and lace sets in both pink and black. The two Italian actresses show off their friendship in the campaign having been friends with one another before they even landed their respective roles of Mia and Lucia in The White Lotus.

In a press release for the brand, Grannò stated,

“I had so much fun shooting the Skims’ Valentine’s campaign! Having the opportunity to work alongside my friend Simona and to experience our first global fashion campaign together is something very special.”

“I love everything Skims stands for! “To be featured in a global fashion campaign with Beatrice that celebrates friendship, women, and feeling empowered and sexy in your own body is so rewarding.”

The two have been best friends for over a decade now, and to see that celebrated in a Valentine’s Day advertisement over say, a more heteronormative romantic love, is refreshing. You can catch the pair in the much-lauded second season of The White Lotus on HBO Max.