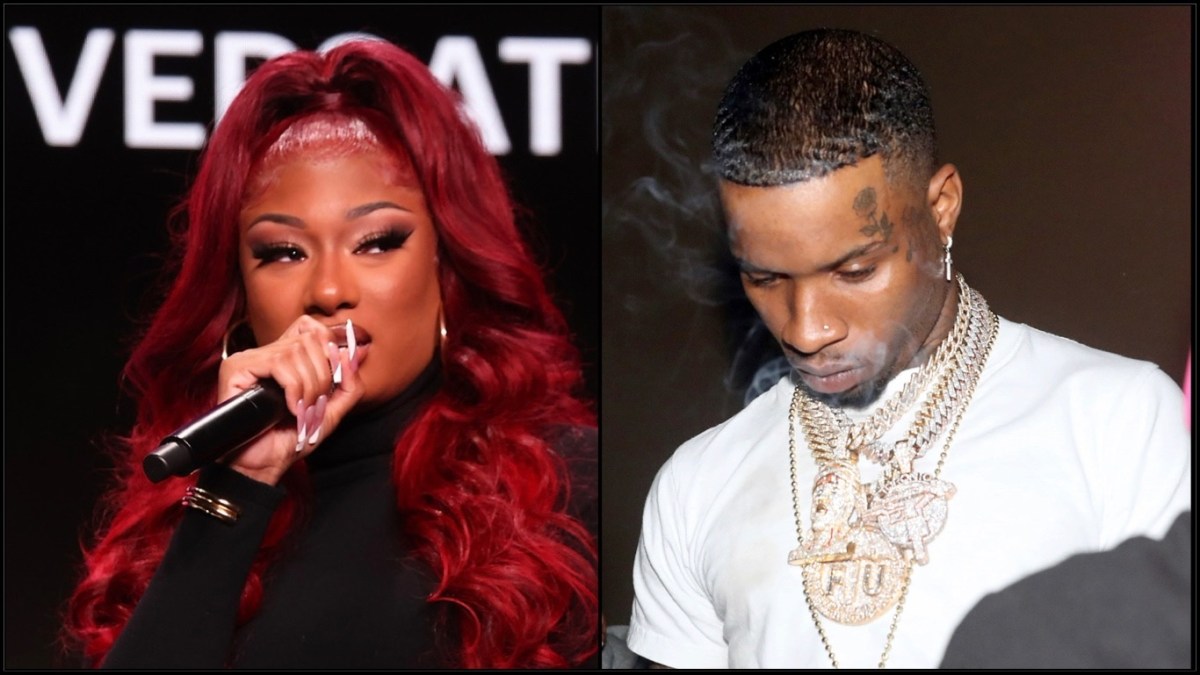 During the summer of 2020, Tory was accused of shooting Megan in the foot after the pair left a party at Kylie Jenner’s house. When the shooting was first reported, limited details were provided. But in the December 2022 criminal case, it was revealed that the altercation occurred after a heated argument between Megan, Tory, and the “Savage” rapper’s best friend at the time, Kelsey Harris.

The fight allegedly stemmed from Tory Lanez having been physically intimate with both women. Before and after the trial began, Tory denied the shooting allegations, though he admitted to having a scandalous love triangle with Megan and Kelsey. According to CNN, Tory would ultimately be found guilty of three felony charges, including “assault with a semiautomatic firearm, carrying a loaded, unregistered firearm in a vehicle, and discharge of a firearm with gross negligence.”

On Dec. 29, T.K. opened up about the trial during an interview with DJ Vlad. In the discussion, the Ukrainian journalist shared his opinion that the case between Megan and Tory became a circus because both rappers shared their accounts of what happened that night on their social media pages and in their music, which led to fans picking sides before the trial even started.

DJ Vlad also offered an opinion about Megan’s interview with Gayle King, saying he believes that the 27-year-old was untruthful about not being intimate with Tory, and that this demonstrates the importance of holding off on saying something publicly regarding a legal situation until after the outcome of the trial.

Following DJ Vlad’s remarks, T.K. shared that the “Body” lyricist’s attempt to clean up what appears to be a messy situation didn’t work in her favor. He said,

“Once you go the news to defend yourself you’re done.”

Towards the end of the clip, as DJ Vlad emphasized that public opinion seemingly didn’t matter in this case, and that the jury seemed to assess the situation properly, T.K. agreed, adding that the jurors convicted Tory based on the case facts.

“Well the facts are facts. You can’t do stuff based on opinion. But what I’m hearing from what you told me. It was a smart jury. They didn’t get misled over the b.s. They stuck to the facts.”

Despite being found guilty, Tory has yet to be sentenced. The “Say It” emcee faces up to 22 years in prison.