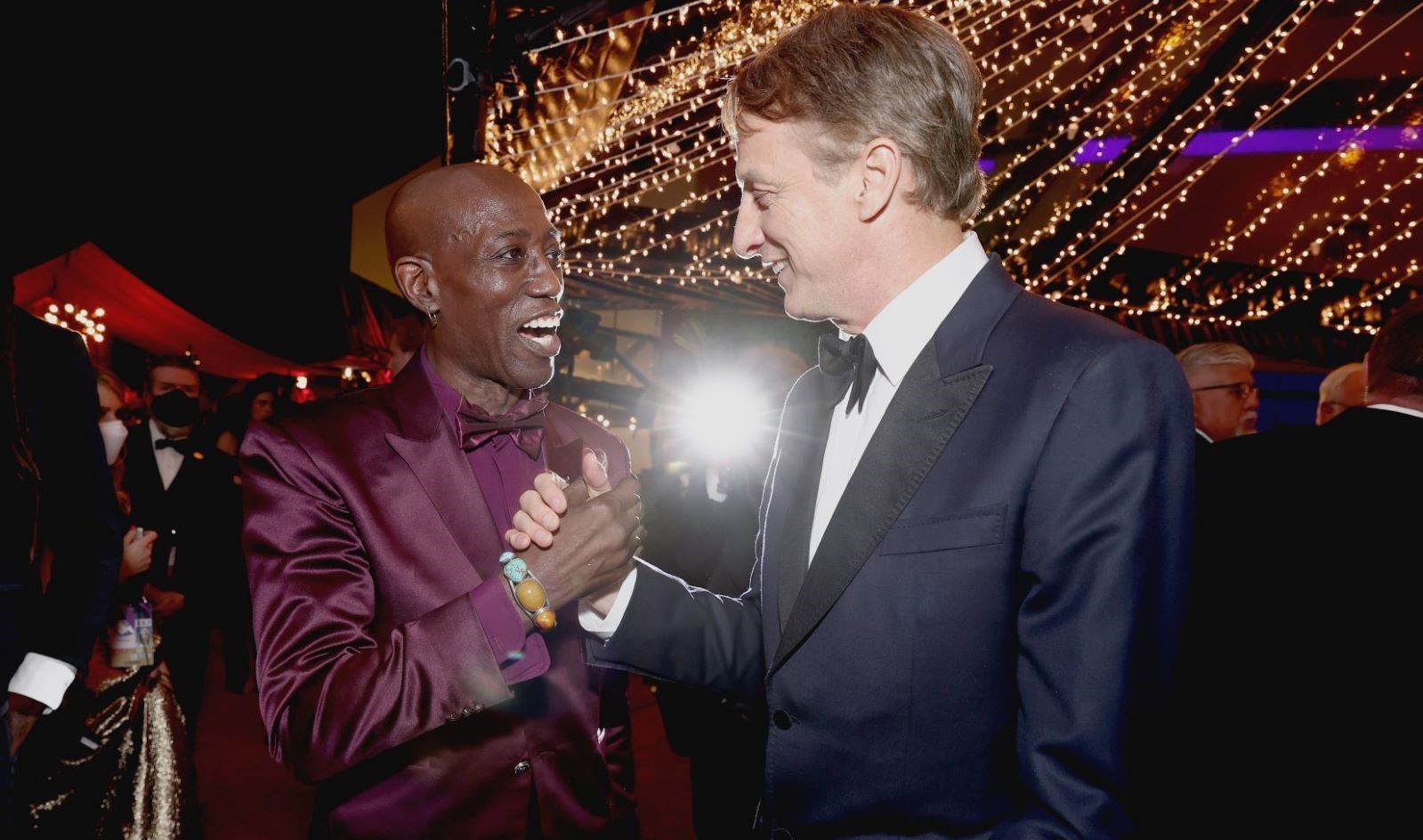 The 94th Academy Awards are going to be remembered for one thing and one thing alone, but beyond the bonkers Smith/Rock incident there was some genuinely heartwarming stuff like Lady Gaga reassuring Liza Minnelli that she has her back on stage. Now you can add another entry to that list, as Wesley Snipes has officially spared Tony Hawk’s life.

The incident was chronicled in a tweet posted by Hawk showing him and Snipes smiling and shaking hands on the red carpet. Check it out:

This is, of course, a reference to a famous exchange Hawk had on Twitter in 2018:

Both men were presenting awards at last night’s Oscars, with Snipes appearing alongside White Men Can’t Jump co-stars Woody Harrelson and Rosie Perez to present the award for Achievement in Cinematography. Tony Hawk appeared alongside snowboarder Shaun White and surfer Kelly Slater to pay tribute to James Bond as the franchise celebrates its 60th anniversary.

Hawk raised some concern by walking the red carpet using a cane as he broke his femur while skating in early March. In a video on Instagram, he joked that he wouldn’t be using crutches on stage.

“Hopefully you’re not watching the 4K feed so you won’t see me grimacing with each step.”

At 53, Hawk faces a long recovery, though in the video he pointed out the spot on which he’d fallen and proceeded to skate away unaided, vowing that the injury won’t keep him down for good.

“The @pollen Weekend Jam in Vegas is very much still on. It starts on May 12 (coincidence? Actually, yes) and I plan to skate during our legends jam that night. I am not defying doctors’ orders by doing so, and I realize I might not be at 100% trick / power capacity by that time. But I have a lot of grit… and many 80’s tricks as backup. Until the wheels fall off.”