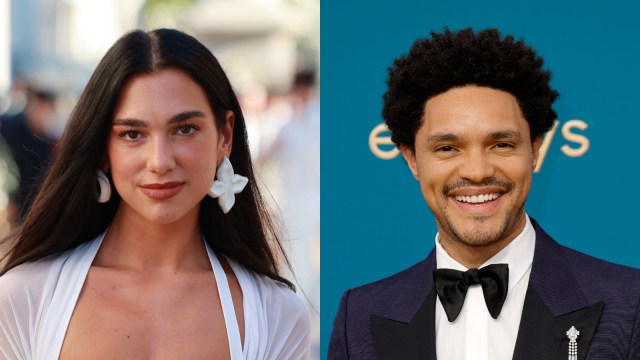 Trevor Noah has been busy making headlines in two startling ways in one day. The comedian and late-night host, was trending on Twitter after he was spotted getting cozy with pop superstar Dua Lipa. Mere hours later, during a taping for his show, he announced that he would be leaving his role as the host of The Daily Show. With such epic timing, fans can’t help but make jokes about Noah’s reasons for calling it quits.

In the clip from the end of his monologue, the comedian explains why he felt it was time for him to leave. After realizing that he had been in the role for seven years, Noah found that there are certain parts of his old life that he misses, such as learning new languages, going to other countries to put on shows, and “being everywhere and doing everything.” He reflected on the time he’s been at the helm of the show, thanking the other correspondents, the crew, and the audience but simply said, “my time is up.”

Now, of course this explanation is most likely the truth, but with the news coming hot off the heels of the other news circling around the comedian, fans can’t help but crack jokes over the “real reason” Noah is leaving his role.

Many believe that he needs the time to focus on his “relationship” with the global superstar.

And dating a global superstar is time-consuming… you don’t have time for a job!

Many act like Dua Lipa is magical, five minutes was all she needed to hook him.

Many are using the singer’s own lyrics to point out that she warned us all, we just didn’t realize she was this powerful!

Many people feel that put in the same situation, they’d choose Dua Lipa over their jobs any day.

This user feels that, by dating Dua Lipa, Noah has completed a mission (let’s remind ourselves quickly women aren’t missions) and therefore has nothing left to prove.

One kind fan is excited with what the future holds for Noah, believing it can only go up from here.

Despite Noah’s announcement, there is no clear time for his departure – with the comedian adding “it’s not instant, I’m not disappearing. If I owe you money I’ll pay you.” He will continue on as the host of The Daily Show as they figure out how to proceed and find a replacement for him.