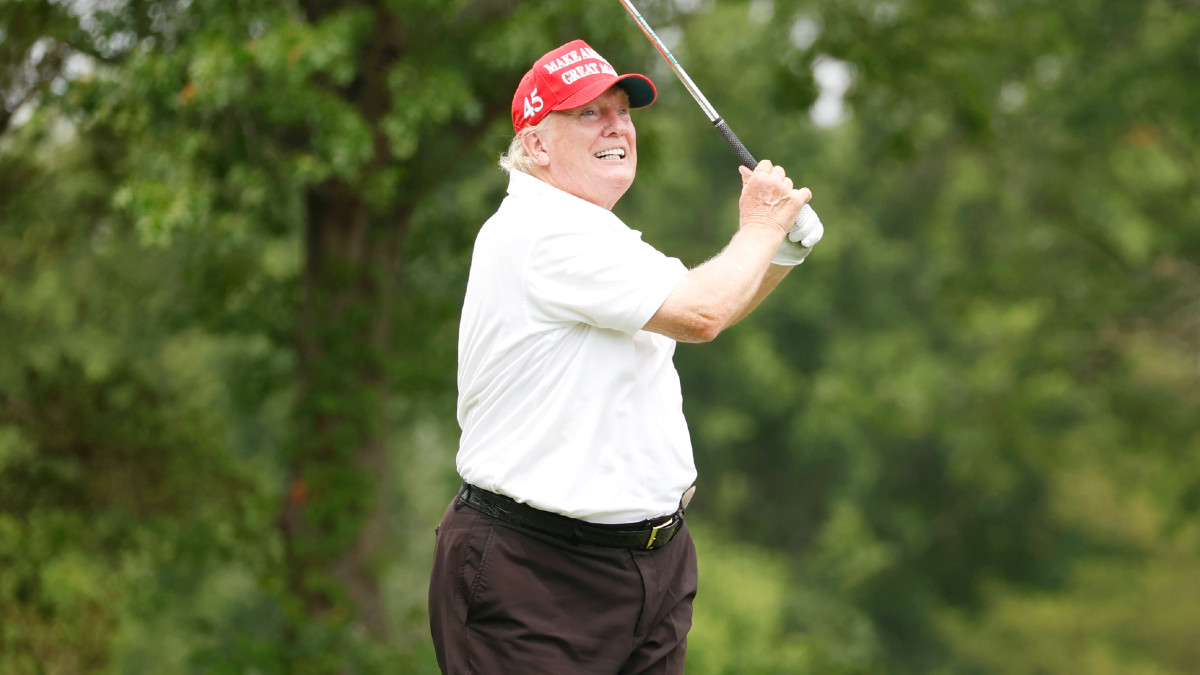 Donald Trump declared himself the winner of the Senior Club Championship at his Trump International Golf Club in West Palm Beach that took place over last weekend, despite missing the first round of the tournament. And the brazen lie gave former Sports Illustrated and ESPN writer Rick Reilly the perfect opportunity to point out that the former president’s golf record isn’t quite as spotless as he’d have us all believe.

Naturally, Trump took to Truth Social to gloat about his win, calling it a “great honor” to have won at what he modestly calls “one of the best courses in the country.”

As the Palm Beach Post points out, however, Trump was attending the funeral of Lynette “Diamond” Hardaway in North Carolina when the tournament kicked off on Saturday. When club members were supposedly “surprised” to see Trump enjoying a five-point by the second day, organizers were told that he had retroactively decided a strong round on Thursday, two days before the tournament started, would count as his Saturday score.

Nothing fishy about that!

The irony was apparently too much for Reilly, author the 2019 book Commander in Cheat: How Golf Explains Trump, who subsequently called out the 76-year-old alleged cheater.

“How could Trump ‘win’ a two-day championship at his course in Florida this weekend when he spent most of Saturday at a funeral in North Carolina?” Reilly tweeted on Monday. “Same way he’s won all of his tourneys. He lies. He scams. He cons.”

He went on to note Trump’s griping at how long the funeral took as additional evidence that he was indeed not present at the tournament.

And then finally, the devastating blow.

“Just FYI … Trump has now won 21 golf ‘championships’ by: being the only entrant, calling in a low score from OOT, putting his name on the wall anyway,” Reilly added. “But never by shooting the documented best score. Guy cheats like a four-year-old at Monopoly.”

In a 2019 interview coinciding with the publishing of his book, Reilly described the experience of playing golf with Trump and why it says a lot about his character, via Mediaite.

And that was nearly four entire years before the Trump Organization would go on to be fined $1.6 million over 17 felony convictions, many related to tax fraud crimes. Guess the guy was onto something!