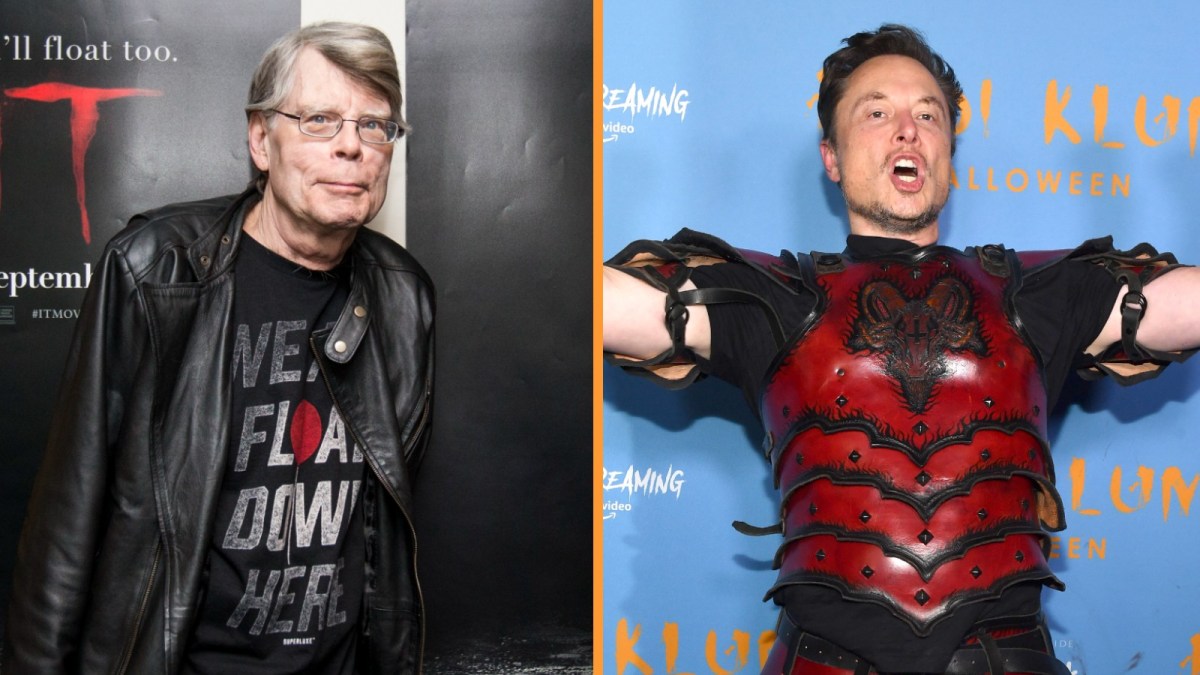 Stephen King has been sort of a digital folk hero lately for continuously calling out new Twitter CEO Elon Musk on his bumbling takeover of the social media site. Now he’s catching heat for the opposite: praising Musk for his handling of Tesla.

King has tweeted out things like “I think I liked Twitter better in the pre-Musk days. Less controversy, more fun,” and way back in October he said “$20 a month to keep my blue check? Fuck that, they should pay me. If that gets instituted, I’m gone like Enron.”

Statements like these have united the Internet in the common cause of clowning Elon, but on Nov. 26 he changed his tone. People are not pumped about it.

This nuanced take was a little too much for the Elon-hating masses, who don’t like any praise for Musk. People immediately pointed out that Musk wasn’t a founder of Tesla, he just took it over.

Weird how fast people turned on him.

Like a shark smelling blood, Musk fanboys came out to defend their God, like this person who has the very unique Guy Fawkes mask as a profile photo. Look out it’s an armchair economist everybody.

King perhaps got a sense that he was being misunderstood so he clarified his position a bit.

The fact that clarification basically said the same thing he previously said with the addendum of King telling everyone he’s not an idiot. That didn’t seem to help the teeming masses.

“This is a most simple plot. Sorry old mate but you’ve either been hacked or knackered,” one person said. “You’re just digging yourself a hole shut up. You’re the reason everybody’s paying $8,” some else pointed out.

This one is particularly vitriolic.

Finally, powering through in true King fashion and (mostly) ignoring the haters, he tidied up his three tweet missive with a true King coda: