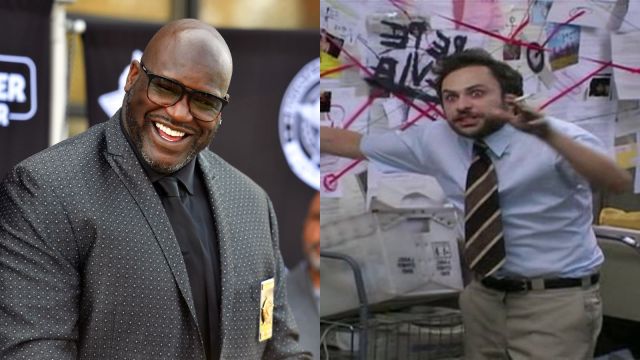 One of the biggest names in basketball for more reasons than just one, Shaquille O’Neal has doubled down on his Flat Earth conspiracies in a recent interview.

Perhaps the most universally-mocked and easily-rebutted conspiracy theories of all time is that the planet we all live on, Earth, is not, in fact, a globe: but instead a big flat one. Flat Earthers are synonymous with kooky pseudoscience and being mocked even by other conspiracy theorists.

Currently in Australia for a speaking event, the Shaq Attack has invaded Australian airwaves to espouse his theories of a earth that is flat like a disc, and not in fact round in the slightest. On the Kyle and Jackie-o Show, Shaq gave his thesis and background on why he’s convinced we’re all living one big lie. His evidence? His flight from the United States to Australia where he says he “did not once go diagonal”.

“It’s a theory, It’s just a theory, they teach us a lot of things, I flew 20 hours today, not once did I go this way [gesturing arm diagonally], I flew straight I ‘didn’t tip over’ or ‘go upside down.’”

Elaborating further, his evidence includes that he’s lived near a lake and “not once did the lake rotate”. I don’t think that’s how lakes work, big man.

“You know they say the world is spinning? I’ve been living on a house on a lake for 30 years, not once did the lake rotate to the left or right.”

Shaq covered his backside a bit by then throwing the caveat of it “just being a theory”: but it does sound an awful lot like he holds the theory very highly. Shaq has previously expressed his interest and belief in the Flat Earth in 2017 on his own podcast.

Shaq does not hold any scientific degrees, but he did star in Steel back in 1997, so that’s something.