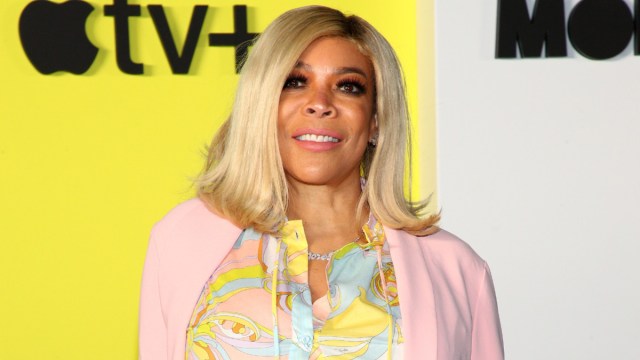 Shocking new details have come to light after it was reported that Wendy Williams checked back into rehab this week, revealing just how dire her struggles with addiction have been in recent years.

The talk show host had been fighting to regain her sobriety since 2018, but things allegedly took a turn for the worse in May of 2020 when Williams was “at death’s door,” according to multiple sources who spoke with Page Six. The publication reports that DJ Boof, a longtime friend, discovered Willians in a “catatonic” state in her New York City apartment. Her former manager Bernie Young allegedly refused to call for help at the time because he feared the news would be leaked to an already swirling rumor mill.

“‘I don’t think he understood the extent of what was going on, and I don’t think he wanted it to get out that she was not well, and he definitely didn’t want a 911 call like [what] happened a year later,’ Williams’ longtime friend and eyewitness to the incident tells Page Six.

‘It was pretty much a mess. It was a mess,’ the source says. ‘She was in her robe, it was soiled, she was catatonic, she was in a very, very bad state. She was looking at the ceiling. She was just not responsive, but her eyes were open, but she was definitely in a catatonic state.’

Our source reveals that they discovered ‘a case of alcohol, open wine bottles and Ketel One.’

‘We started clearing out a lot of liquor,’ the eyewitness shares.

After her ex-husband Kevin Hunter and their son, Kevin Hunter Jr. begged for her to get help, Williams eventually agreed to be taken to the hospital. At Boof’s insistence, he drove Williams himself — but she was far from out of the woods.

Not only did she require two blood transfusions to get her iron levels up, but remained under medical observation for four to five days. Once sober, she also reportedly had “no recollection” of the events leading to her hospitalization.

One source told Page Six that “Boof was the savior of her f*cking life.”

After Williams reentered rehab, her publicist Shawn Zanotti told The Sun that his client had checked into an undisclosed “wellness facility” and was “taking some time to focus on her health and wellness as she prepares for a major comeback for the next level in her career.”

Hopefully Williams will get the help she needs, and this time rehab will stick.