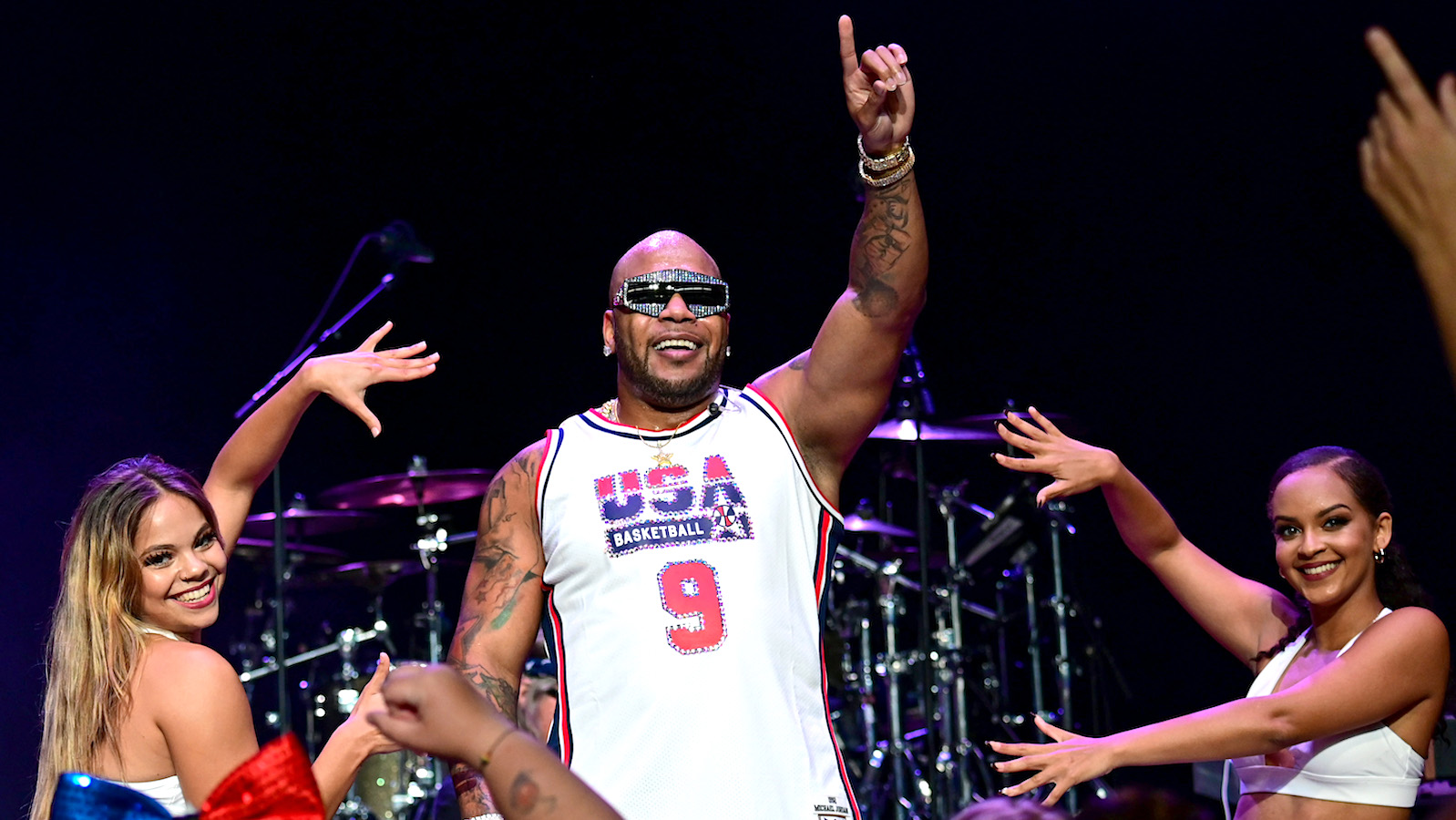 Songs come and go, but the memories they leave behind last forever.

Flo Rida, real name Tramar Lacel Dillard, left his mark on the world when he dropped his very first album Mail on Sunday in 2007, which included the career-changing song “Low”. The famous “Apple Bottom jeans” line was the lyric heard around the world and has since been played at parties everywhere to get people out of their seats and onto the dance floor. “Low” became Billboard’s longest-running number-one single of 2008, according to Wikipedia, and launched the rapper into global superstardom.

“Low” was just the beginning for Flo Rida. His 2009 follow-up album R.O.O.T.S. (Route of Overcoming the Struggle) delivered more hits like “Sugar” and “Right Round”. It was his 2012 album Wild Ones that really proved Flo Rida was a force to be reckoned with. To this day, songs like “Wild Ones (feat. Sia)” and “Good Feeling” can cure almost any bad mood – simply get in the car, roll down the windows, and turn up the volume.

By 2015, Flo Rida had collaborated with big names like David Guetta, Nicki Minaj, and Pitbull. When his seven-song EP My House came out in 2015 his string of hit singles continued, and it truly felt like his name was synonymous with musical success.

Like all good things in life, though, things change, and Flo Rida hasn’t released a full-length album since 2015. Instead, he has released one-off singles every year since. Now and then his older songs will appear on the radio or at a party, but for the most part Flo Rida’s presence in the music industry is nonexistent. Is he still making music or has he moved on to other ventures? Here’s what we know.

What does Flo Rida do now?

Flo Rida might not have a song topping the charts right now but that hasn’t stopped him from performing. The rapper is still very much in the public eye, and continues to sell tickets to one-off concerts where he performs popular songs from his musical catalog. Recently, Flo Rida appeared on the American Idol stage to perform “Good Feeling” with the singing competition’s Top 10.

In 2020, Flo Rida announced plans to open a distillery in Broward County, Florida, called Old Sistrunk Distillery, says AfroTech. The endeavor was reportedly in partnership with Victor George Spirits, but the distillery’s opening has yet to occur, having been pushed back from 2020 to 2021 and now, per Distillery Trial, 2022.

Every now and then on his Instagram, Flo Rida will share selfies of himself in the studio teasing the release of new music. His Instagram bio even teases the release of a new musical project titled “What A Night” but it’s unclear if that is a single or an album. If it’s anything like the Old Sistrunk Distillery, it could be a while until we see its release.