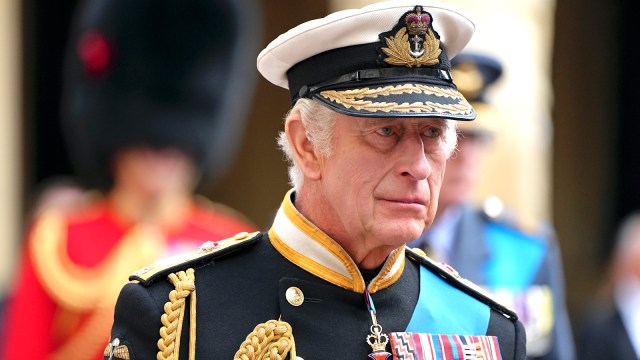 Following the death Queen Elizabeth II on Sept. 8, her son ascended the throne to become King Charles III, the United Kingdom’s reigning monarch. Soon, His Majesty will undergo the official coronation ceremony that will see him anointed with a dual crown and scepter, as well as a coronation ring, orb, and holy oil.

Ahead of the ceremony, British media outlets have reported a scaled-back service for King Charles III, both in size and scope, as well as a ceremony that reflects the modern and diverse times Britain lives in. Whereas Queen Elizabeth II’s coronation ran for more than three hours, King Charles III’s will reportedly span just nigh of an hour with around 2,000 attendees as opposed to his mother’s 8,000. This is both due to health and safety concerns as well as the cost-of-living crisis currently plaguing Britain, according to The Telegraph.

Additionally, the coronation will reflect more faiths than just the usual one and include an ethnic makeup that more closely resembles Britain’s modern times. In keeping with its goal of reflecting a more modern monarchy, the coronation will also pare down its dress code, allowing lounge suits where it previously required ceremonial robes.

When is the coronation and what is the operation codename?

Previously anticipated for June of 2023, which would coincide with the 70th anniversary of Queen Elizabeth II’s coronation, His Majesty’s coronation will take place on Saturday, May 6, 2023, according to The Royal Family.

The event will be code-named Operation Golden Orb and will take place at Westminster Abbey where it’s been held for the last 900 years. Before her passing, Queen Elizabeth II had the 1762 Gold State Coach refurbished for her platinum jubilee. The refurbished coach will be a noted feature of His Majesty’s coronation, as will the memory of his mother.

As was the Queen’s, the coronation of King Charles III will be a televised event likely shown across all major media outlets. More information about how to watch the coronation will be announced as the event draws closer.