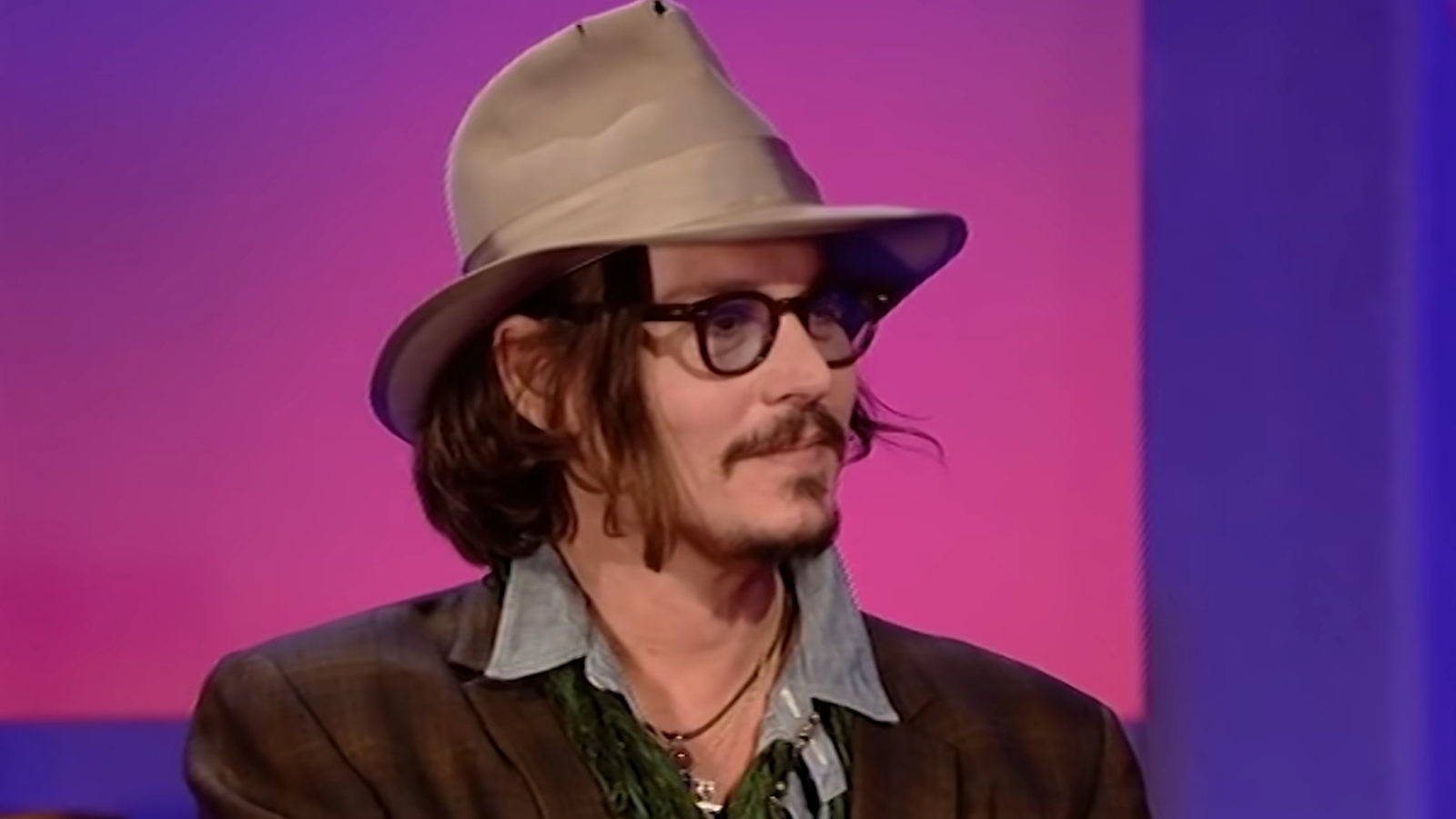 The Johnny Depp/Amber Heard defamation trial may go down in history as one of the most acrimonious break-ups in history. But what do we know about Depp’s romantic life before he met and ultimately divorced Heard? Here’s a timeline breaking down all the star’s previous relationships and marriages.

Depp’s first relationship of note was his first marriage. Depp married Lori Anne Allison in 1983 when he was only 20 years old. Allison, the sister of the bassist for Depp’s band at the time, The Kids, was born in 1957, making her 6 years older than him at the time of their marriage. Although the couple met in their native Florida, they soon moved to California. While Depp pursued a series of odd jobs, Allison became a successful make-up artist and was instrumental in getting her then-husband one of his first major breaks in the acting world by introducing him to client Nicholas Cage. The actor went on to help Depp secure his breakout role in A Nightmare on Elm Street.

Unfortunately, Depp’s youth and the first flush of his successful acting career wasn’t a recipe for a stable marriage. The pair split in 1985 citing irreconcilable differences but remain amicable. Lori still uses her married name, Lori A. Depp, in her career as a professional make-up artist and maintains famous clients such as Adam Ant and Christina Applegate. Depp also owns a line of lip glosses called Serendeppity.

After they met on the set of a student film, Depp began dating future Twin Peaks star, Sherilyn Fenn. Fenn told The Big Issue that she and Depp, “went out for two-and-a-half years when we were just starting out in the business. He was very sweet. He was my first love … I had found real love. It was with someone who was walking the same path, but even if he wasn’t, the love and the connection was strong enough—cooking meals, hanging out, laughing and crying.”

Fenn and Depp would later split on good terms but she still considers him a friend.

Depp had a brief relationship with Dirty Dancing actress Jennifer Grey following his breakup with Fenn. Though short, the affair seems to have run hot, and Grey and Depp were reportedly even engaged for a moment, with plans set to walk down the aisle in 1990 according to ET. However, the pair’s feelings for each other appear to have run their course before their intended nuptial date.

Ryder and Depp were arguably the “It” couple of Generation X. When the pair first set eyes on each other at the premiere of Ryder’s Great Balls of Fire, it was love at first sight for the pair. It was a classic glance, like the zoom lenses in West Side Story, and everything else gets foggy,” Depp told Rolling Stone. “I knew then.” Ryder agreed, “It wasn’t a long moment, but it was suspended.”

The pair later met at Hollywood’s famous Chateau Marmont and five months later were engaged, with Depp sporting a “Winona Forever” tattoo on his arm “I’m being really honest with you when I say that there’s been nothing ever throughout my 27 years that’s comparable to the feeling I have with Winona … It’s like this weird, bounding atom or something. You can think something is the real thing, but it’s different when you feel it. The truth is very powerful. Now I know.” Depp said, according to Shownews. “Believe me, this ‘Winona forever’ tattoo is not something I took lightly … Her eyes kill me.”

Unfortunately, Neither tattoos nor relationships are permanent. Depp and Ryder’s Edward Gorey-storybook romance crashed and burned before the pair made it to the altar and Depp soon altered his tattoo to read, perhaps tragically poetically, “Wino Forever.” Depp blamed the Hollywood publicity machine for the demise of the relationship, telling The Los Angeles Times in 1993 that “My relationship with Winona, it was my mistake to be as open as we were, but I thought if we were honest it would destroy that curiosity monster. Instead it fed it, gave people license to feel they were part of it.”

Ryder remains friends with Depp today and recently testified in his unsuccessful 2020 libel lawsuit against UK publication The Sun.

Juliette Lewis and Depp had a brief fling following his breakup with Ryder and her own breakup with Brad Pitt. The two met while co-starring in 1993’s What’s Eating Gilbert Grape. They remain amicable and posed together for photos at the 2016 Art of Elysium Heaven Gala in L.A. honoring designer Vivienne Westwood.

If Depp’s engagement to Ryder was one of the decade’s fairy tale romances, his turbulent but hot and heavy relationship with supermodel Kate Moss may have been the relationship most indicative of the era’s excesses of celebrity culture. The pair met at East Village’s Cafe Tabac — a favorite haunt of the decade’s celebs — in 1994 and began a four-year relationship of rollercoaster highs and lows. According to PageSix, a “possibly intoxicated” Depp once destroyed a hotel room at the Upper East Side’s Mark Hotel with Moss in a manner fit for rock and royalty, Depp blamed the incident on an armadillo he claimed he saw in the closet. Depp later footed a bill of $9,767 for hotel damages.

Moss took a while to recover from their 1998 breakup and told Vanity Fair, “There’s nobody that’s ever really been able to take care of me. Johnny did for a bit. I believed what he said. Like if I said, ‘What do I do?’ he’d tell me. And that’s what I missed when I left. I really lost that gauge of somebody I could trust. Nightmare. Years and years of crying. Oh, the tears!”

Depp began dating French actress and singer, Paradis after the pair met on the set of The Ninth Gate. It appeared for a while that he had finally found someone with whom he could settle down and start a family. The couple remained in the singer’s native France and Paradis gave birth to Depp’s first child, daughter Lily-Rose Melody Depp in 1999. Son John Christopher “Jack” Depp III followed in 2002. As for fatherhood, Depp told Associated Press, “You cannot plan the kind of deep love that results in children. Fatherhood was not a conscious decision. It was part of the wonderful ride I was on. It was destiny. All the math finally worked.”

Unfortunately, the couple split in 2012 after 14 years together. “It wasn’t easy on [Paradis]. It wasn’t easy on me,” Depp would later tell Rolling Stone,  “It wasn’t easy on the kids. It doesn’t stop the fact that you care for that person, and they’re the mother of your kids, and you’ll always know each other, and you’re always gonna be in each other’s lives because of those kids. You might as well make the best of it.”

Amber Heard and Johnny Depp met in 2009 while the pair were filming The Rum Diary in Puerto Rico. Following breaking up with their respective partners — Heard was dating photographer and artist Tasya van Ree prior to Depp— the two began an intense and volatile affair, getting married in a civil ceremony in February 2015. The marriage was rocky to say the least and Heard filed for divorce and later sought a temporary restraining order against Depp. The pair reached a settlement agreement in 2016 and their divorce was finalized in January 2017. Although the two released a joint statement that read, according to The New York Times, “relationship was intensely passionate and at times volatile, but always bound by love. Neither party has made false accusations for financial gain. There was never any intent of physical or emotional harm,” the couple have been bitterly acrimonious in the following years, a situation culminating in the ongoing defamation lawsuit in Virginia.