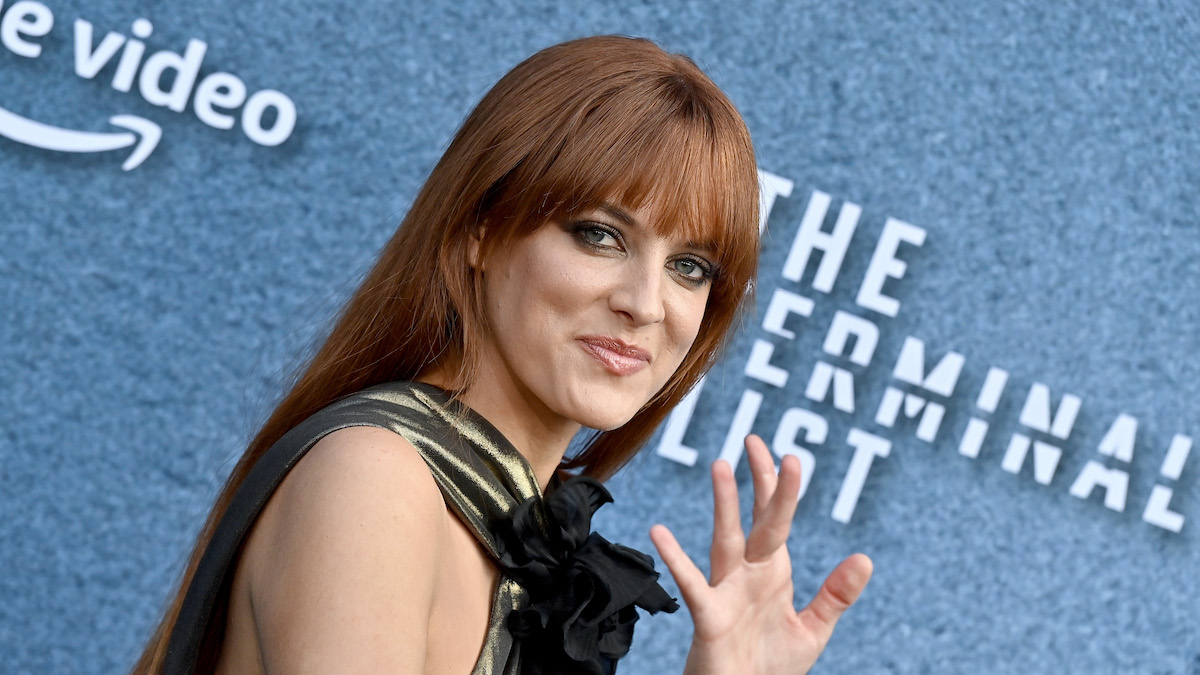 There is a big chance you have heard of Riley Keough before, or have seen her face at some point in the past. The 33 year-old actress is the eldest daughter of the late Lisa Marie Presley and granddaughter of Elvis and Priscilla Presley. Keough’s father, Danny Keough, is a musician.

When she was growing up she would split her time between her mother’s husband of two years Michael Jackson’s Neverland estate, her family’s own Graceland, and her dad’s trailer park.

Although Keough doesn’t carry the famous surname of The King of Rock, she has always been very close with her family. Her life was sadly struck by tragedy when in 2020 her brother Benjamin died by suicide, and again, when her mother, Lisa Marie, passed away in January of 2023 due to an apparent heart attack. Keough never met her grandfather Elvis, but is close with her grandmother. She also has two half-sisters, twins Harper and Finley Lockwood, born in 2008.

Does Riley Keough have children?

Keough and husband Ben Smith-Petersen, an Australian stuntman — whom she met on the set of Mad Max: Fury Road — don’t have any children, as she told The Guardian, “the older I get, the less urgent it feels to have a kid. Not to be too grim, but the world is in a weird place, so I’m kind of torn on whether to bring a child in, or to adopt. Like morally.”

The dream of becoming an actress started for Keough at 12 after watching The Dangerous Lives of Altar Boys and Moulin Rouge. Jenna Malone, who starred in the former as a kid, would later play Keough’s best friend and lover in Lovesong. The director of the latter, Baz Luhrmann, went on to direct a Presley family-approved biopic of Elvis.

Keough was brought up in the Church of Scientology, and although her mother allegedly left the institution in 2014, it’s unclear whether the actress still practices the pseudo-religion. Her father, Danny, is apparently still a member, according to Scientology blog “The Underground Bunker.”

Known for a handful of brilliant performances and bold choices when it comes to the projects and roles she attaches herself to, Keough is also a director and a producer. Her production studio Felix Culpa, which she funded in 2017 with longtime friend Gina Gammel, is behind Keough and Gammel’s directorial debut War Pony – the winner of the 2022 Caméra d’Or award at Cannes for best debut feature film.

Ever since she started acting in the 2010 film The Runaways, Keough has not stopped producing pertinent and memorable work. In a 2017 interview with The Guardian she calls herself a “workaholic,” which explains why she has been involved in almost 50 different projects in her 12-year career. She made the leap into lead roles as early as 2011 in The Good Doctor, where she stars alongside Orlando Bloom and Taraji P. Henson. However, it wasn’t until 2016 that she began attracting the industry’s attention with The Girlfriend Experience, where she played Christine Reade, a law student who dives into the world of escorting, landing her first and only Golden Globe nomination.

Around the same time, indie darlings Lovesong and American Honey began building Keough’s rep as a serious star to watch out for in Hollywood, of which her Independent Spirit Awards nomination for Best Supporting Actress is proof. Her most recent performances have also been her most talked-about. From 2020’s Zola to The Devil All the Time, and the upcoming Amazon Prime Video series Daisy Jones & The Six, the 33-year-old is enjoying another career-high.