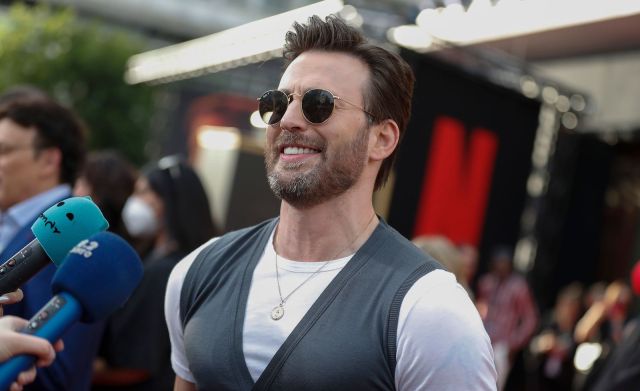 It is the most wonderful time of the year and no, we are not referring to the Christmas season, we are of course referring to People magazine announcing their pick for the Sexiest Man Alive. People have been announcing their picks for the Sexiest Man Alive since 1985, when the first sexiest man was chosen to be Mel Gibson. Since then, the chosen men usually come from the then-current pool of actors, or in some cases, musicians.

Finally, the 2022 pick for People magazine’s Sexiest Man Alive has been announced, and fans are unabashedly excited for him. So, let’s take a look at this year’s winner and what he has going for him this year.

Who is People‘s Sexiest Man Alive?

Sound the alarms, Chris Evans has been announced as 2022’s Sexiest Man Alive. The ex-Captain America actor was announced as the Sexiest Man Alive on The Late Show with Stephen Colbert. He shared the announcement with Dwayne “The Rock” Johnson, who won the title in 2016, as the pair are working on a new film titled Red One. If you are unfamiliar with Chris Evans, he played Steve Rogers, aka Captain America, in the Marvel Cinematic Universe, appearing in all three Captain America films and all four Avengers movies. He was also Johnny Storm aka the Human Torch in Fantastic Four and you might have also seen him in Knives Out, and more recently, in The Gray Man.

Interestingly, he is not the first actor from the MCU to be given the honor of being chosen as the Sexiest Man Alive, as Paul Rudd, who plays Ant-Man, was given the title in 2021. The year before that, it was given to Michael B. Jordan, who was Erik Killmonger in Black Panther, and in 2018 it was given to Idris Elba, who played Heimdall in the Thor films. If we go back even further, in 2014, it was given to Chris Hemsworth who plays Thor.

But this is not about the MCU, this is about Chris Evans finally getting the respect he deserves in the form of a title that will only be taken away from him next year when we all know that he will be deserving of it again. Although it would not be the first time the title was given out to the same person twice as Johnny Depp, George Clooney, Brad Pitt, and Richard Gere have all received the honor twice. Even if this is the only time Chris Evans receives the title, it doesn’t take away from the fact that he is currently the Sexiest Man Alive.