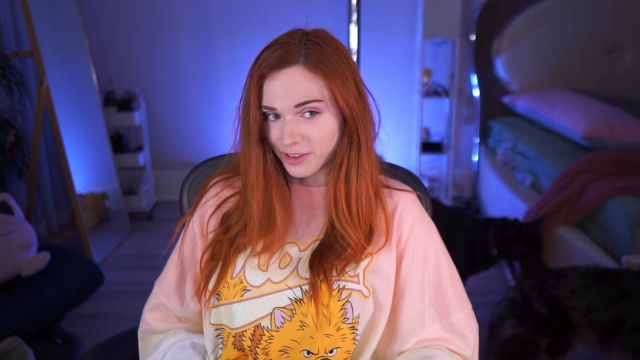 Popular Twitch streamer and OnlyFans star Amouranth has opened the floodgates of her private life as she revealed that she was in an abusive relationship with her husband. The online celebrity has kept her personal life private from fans for many years, and it was only this weekend that she revealed everything about her relationship.

Amouranth revealed plenty of information about her dangerous situation, whilst also appearing distraught on camera. Since then, fans have been divided, as while plenty of people and creators were supportive, others claimed it was fake and demanded their money back for “lying about being single.” Regardless, plenty of people were concerned for her and were curious to know who her husband is.

Who is streamer Amouranth’s husband?

Even prior to Amouranth’s recent live stream, a few people on the internet conducted some sleuthing and uncovered that her husband’s name is Nick Lee.

Lee made his Twitter account around 2020, where he released photos of his and Amouranth’s marriage certificate and a screenshot of an official government website confirming their marriage. According to YouTuber Myles King, Lee is a former bodybuilder and he and Amouranth were close friends before their marriage.

Amouranth has kept her relationship status and personal life a secret throughout her career, hency why not many of her fans knew that she was really married. According to the streamer, she was forced by her husband to keep it a secret because revealing the truth would “ruin the business model.”

What are the allegations against him?

Amouranth accused her husband of domestic and financial abuse during her livestream last weekend.

Over on Twitch, the streamer said that her husband has full control over her finances and other important assets, which makes it impossible for her to leave the relationship. It was also alleged that he forced her to go on stream and threatened to kill her dogs if she doesn’t do what he says. Amouranth was on the phone with her husband on that same stream, where he yelled and called her a “liar.”

Amouranth has also shared text messages between her and her husband, exposing more of these domestic and financial abuse allegations. Lee allegedly threatened Amouranth by deleting her social media and throwing her money away in response to her not returning his calls.

Since the stream, large creators such as Jacksepticeye, Linus Sebastian from Linus Tech Tips, and Lilypichu voiced their support for Amouranth, and Twitch streamer Alinity, called the police to make sure that Amouranth was alright. However, according to Amouranth’s content lead, “Marz”, the police were informed that she and her husband are “trying to sort things out” and that there’s nothing much we could do right now.

24 hours have passed since the stream and Amouranth has revealed that she has access to all of her accounts and her dog is safe. She also said that the whole situation was “a lot to process” as “she was alone” the entire time. There haven’t been any new updates about her husband and what might happen next with their relationship. However, the streamer said that her current situation is “calm” for now.