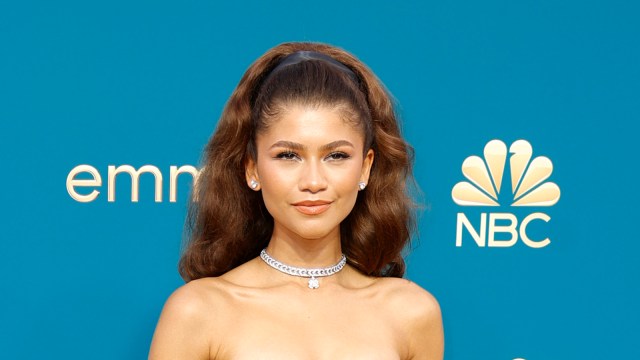 The 2022 Emmys are finally here, and now one of the biggest stars of the night and of the world – Zendaya – has finally graced us all with her presence.

Zendaya, who is again nominated for her performance in Euphoria, took the red carpet looking like a straight-up princess. With an opulent black gown reminiscent of Audrey Hepburn and Lady Gaga, the No Way Home star walked the carpet looking like she had already won the night.

Zendaya is nominated twice at this year’s Emmys, making her the youngest person ever to receive back-to-back nominations for the same role following her landmark win for playing Rue Bennett in 2020. That win also made her a record breaker, as she became the youngest woman ever to win for Outstanding Lead Actress in a Drama Series.

Whether Zendaya wins the award for a second time is yet to be seen at the time of writing, but she’s got some stiff competition. Killing Eve stars Sandra Oh and Jodie Comer are both nominated for their performances in Killing Eve, with Reese Witherspoon, Laura Linney, and Melanie Lynskey also up for the award.

Zendaya’s Euphoria co-star Sydney Sweeney is also set to have a mammoth night, as she’s up for two separate acting awards – one for Euphoria and another for The White Lotus.

Euphoria, on which Zendaya is an executive producer, is up for the biggest award of the night – Outstanding Drama Series. That being said, the HBO series has some strong competition as it is up against Squid Game, Stranger Things, Succession, Yellowjackets, and more.