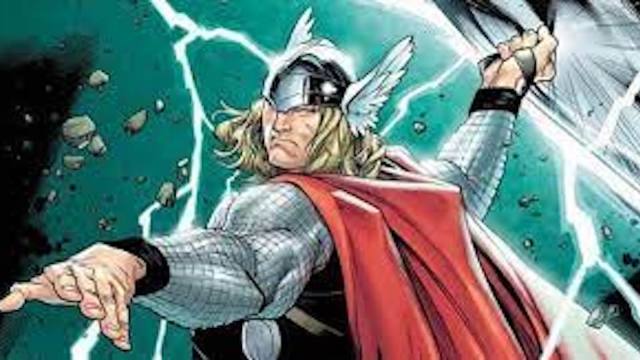 Image via How To Love Comics

One of the most recognizable characters not only in the MCU, but all of film, is Thor. Fans around the world have come to love his sense of humor, his amazing powers, and his deep desire to try to help make sure that he can help as many different people as he can. With the MCU character creating a cult following for himself through all of his different work, fans are wanting to now where they can get more of their favorite character and what the best Thor comics of all time are.

Odin had a vision a long time ago of an event that would destroy Asgard and bring the end to all of the gods that lived there called Ragnarok. However, instead of his sister being the culprit of the attack like in the movies, Thor is tasked with battling his brother, Loki, to stop the event from happening. Loki then had hammers that were made out of Mjölnir that made him even scarier than he was before. This story and plot line obviously became very important not only to Thor’s story, but to the entire MCU with where it was placed with Thanos coming into play.

Seeing the gods of Asgard meet their match is just what fans will be reading about in this comic as ancient lifeforms called Celestials come and make their mark on the famed city. These beings are deciding what they want to do with Earth, as they can clearly take the planet over whenever they so please with how powerful they are. During this time, Odin attempts to battle them followed by Thor when Odin fails. Thor is also having trouble with these beings, that is until Gaea, another powerful goddess comes to help Thor with some revelations.

After waiting for decades to make a move, a fire giant named Surtur made his move that meant he was attempting to end Asgard and all of the different people who live there. Not only is Surtur a fire giant, but he also has an incredibly powerful sword that he so properly named Twilight. Surtur decides it is his time to move on both Asgard in his attempt to take it over. It is during this time that Odin is in the middle of a family reunion, thus making everyone available immediately. Thor, Odin, and even Loki must fight together in order to protect the realm and all those who live on Asgard.

There was a prophecy that foretold Thor would die at the hands of a serpent named Jormungand. Thor believes that the prophecy might be real, but still feels as though it his duty to battle the serpent regardless of the potential outcomes that might happen as said in the prophecy. The serpent curses Thor, thus making this battle even harder than it would have been had Thor felt at his peak performance.

Some evil being is out there butchering the gods, and Thor decides it is time to take it upon himself to battle whomever this might be. Thor soon finds out that Gorr is searching for every god in the universe in an attempt to destroy them all. Thor thinks that he kills Gorr, however, he does not fully destroy the villain so Gorr continues his rampage, this time with a lot less showmanship as an attempt to avoid Thor finding out that he is alive, knowing that Thor can beat him. There is another version of Thor that is much older and knows that Gorr is coming after him, so he is perched up and waiting for that moment to come. This comic was also adapted to become the Thor: Love and Thunder movie that came out in 2022.

Asgard has the sights of Mangog, a demonic monster that has just recently escaped captivity, set on. This makes things incredibly complicated as Odin recently went into his yearly hibernation that he refers to as Odinsleep. During this time, Loki takes it upon himself to claim the throne and attempt to defend the people of Asgard from this monster. Shockingly, Loki needs the help of Thor if he wants to defeat the monster and still have a throne to sit on by the end of this attack.

An alien named Beta Ray Bill goes to Earth and Thor is no match for the alien. Once defeated, Thor goes back to his Earth alias, Donald Blake, this sets up Beta Ray Bill gaining access to the ability to harness the power that Thor has due to the fact that he defeated the hero. Once Beta Ray Bill begins to harness this power, Thor, in Donald Blake form, realizes that this is going to turn ugly, he must channel enough power within himself to defeat the alien and get his own powers back.

After realizing that Nick Fury has sent out a mysterious message, Thor finds out that he is no longer worthy to lift his legendary hammer. The hammer is sitting on a moon, immovable, without many passing by giving it a chance to see if they are worthy to wield the power that comes with the hammer. Nobody is successful until a mysterious woman comes in and picks up the hammer for herself. Thor soon finds out and rather than celebrate her, he tracks her down with the intention of having her relinquish the hammer and renounce her title. This also became part of the plot for Thor: Love and Thunder, although Thor did not go after her and demand she give it up in the film.

One of the more legendary stories comes as Loki transforms Thor into a frog. While still having all of the strength he possesses as a person, he cannot communicate with those around him at all. While on his quest to become his normal self again, Thor finds himself in an intense battle between frogs and rats in the middle of New York City. Thor has to help the frogs in their battle, find his hammer, and defeat Loki all while still maintaining his current frog form until he figures out how to undo what has been done.

Who would not want to learn all about Asgard and this history of Thor? While reading, fans are able to learn about when Thor first was able to hold the hammer, when the sibling rivalry between Thor and Loki began, why Asgard has a rainbow bridge, and all the history of Asgard. This is the number one comic for new Thor fans to dive into, as this sets up the entire story of the famous superhero that fans around the world have come to know and love.