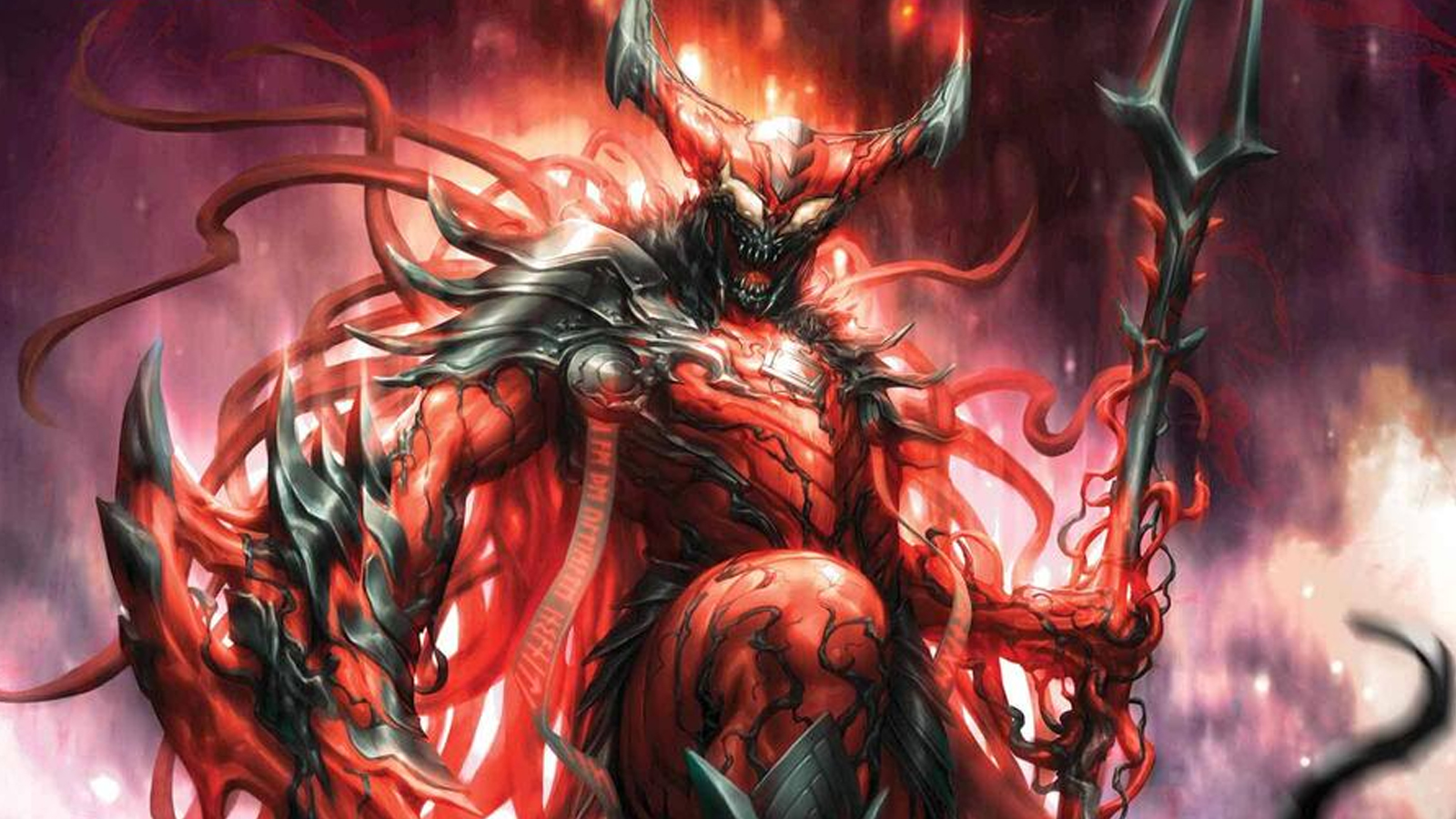 Marvel fans are set to get a whole new arc starring one of the most popular Symbiotes in the Marvel Universe, Carnage.

The next Carnage comic arc set within the ongoing series has been revealed and it seems the Symbiote head to the depths of hell for his most sinister saga yet. Carnage is headed to the realms of Dark Elves to claim the throne of Malekith.

The Carnage symbiote has a blood lust unlike any other organism in the Marvel Universe. Now, its ruthless and aggressive efforts to quench that killing intent will reach new and never before seen heights. But what in the Hel is Carnage up to, and what will it do to anyone who gets in its way?!

Along with the announcement of this upcoming art, the cover for Carnage #6 was revealed and it boasts Carnage in all its glory stomping on the head of a Dark Elf. This artwork was drawn by

The new arc is part of Ram V’s ongoing Carnage run alongside artists Francesco Manna and Rogê Antônio. This latest Carnage run kicked off in March and has since launched its first two issues. New volumes are set to launch each month with #6 headed to stores in August.

Carnage #3 is set to arrive on June 1. In the meantime, you can read the first two Carnage issues both available online and in stores now. There are also plenty of other Carnage stories to check out via the Marvel Unlimited app to tide you over.