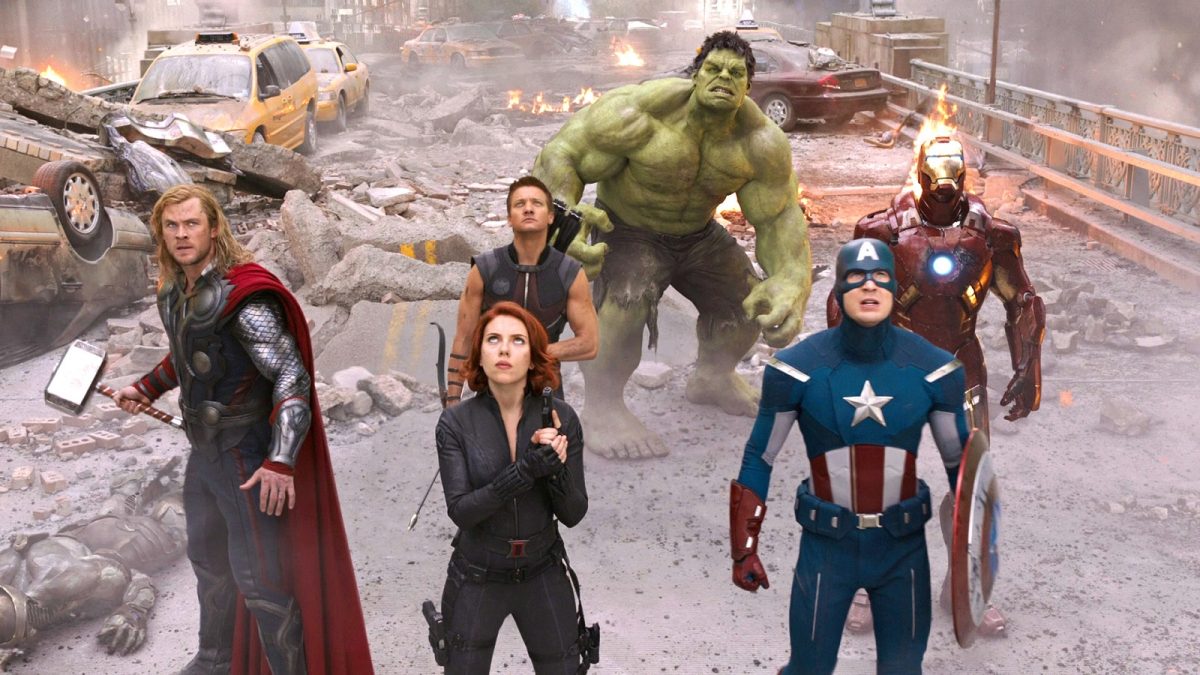 Ever since Robert Downey Jr’s Tony Stark flew out of that cave and was informed about “The Avengers Initiative” by a mysterious figure clad in a leather coat, audiences have spent countless hours watching and loving Earth’s Mightiest Heroes. But just how long have these characters spent on our screen – both big and small – from the start of Phase One (Iron Man) to the end of the MCU‘s Phase Four (Black Panther: Wakanda Forever)? Let’s find out.

We are going to focus on only the official Avengers members, which includes the original six (Iron Man, Captain America, Thor, The Hulk, Black Widow, and Hawkeye), the new members post Avengers: Age of Ultron (War Machine, Vision, Wanda Maximoff, and Falcon) and of course, our friendly neighborhood Spider-Man.

It is no surprise that the character that started it all off in 2008 has clocked in the most screentime, despite reaching a heroic end three years ago in Avengers: Endgame. The character, played by Robert Downey Jr., appeared in nine films in 11 years including his eponymous trilogy, The Avengers, Avengers: Age of Ultron, Captain America: Civil War, Spider-Man: Homecoming, Avengers: Infinity War, and Avengers: Endgame. He also had a cameo opposite the late William Hurt in the post-credit scene of The Incredible Hulk.

Surprisingly, the Avenger with the next highest screen time is Chris Hemsworth’s Thor with 290 mins. Of course, he is the only character to have four standalone movies and alongside Black Widow, he is the only original Avenger to have had a movie released since Avengers: Endgame.

Chris Hemsworth first appeared as Thor in 2011’s Thor and since then he has appeared in a total of eight movies across the franchise, including four standalone films – Thor, Thor: The Dark World, Thor: Ragnarok, and Thor: Love and Thunder. He has also appeared in all four Avengers films – The Avengers, Avengers: Age of Ultron, Avengers: Infinity War, and Avengers: Endgame.

Considering he didn’t make his MCU debut until Captain America: Civil War in 2016, Peter Parker’s place at number three on this list comes as a very big surprise. However, we are not complaining as everyone loves our friendly neighborhood Spider-Man.

Tom Holland’s debut in Captain America: Civil War was quickly followed up by his first MCU standalone film, Spider-Man: Homecoming and then he had back-to-back appearances in Avengers: Infinity War and Avengers: Endgame. He continued his standalone trilogy with 2019’s Spider-Man: Far From Home before concluding it with 2021’s Spider-Man: No Way Home.

Closely following Peter Parker, is his fellow New York-born hero, Steve Rogers. The first Avenger clocks in at 242 minutes, also having not made an appearance since the final scene of 2019’s Avengers: Endgame.

The highest female Avenger on this list is Elizabeth Olsen’s Wanda Maximoff. She is also the highest-placed member of the second half of the Avengers formed after the events of Avengers: Age of Ultron. Her placement on this list is presumably helped a lot by her nine-episode Disney Plus series, WandaVision, and her supporting role in 2022’s Doctor Strange in the Multiverse of Madness.

In addition to these projects, Elizabeth Olsen played the character in her debut in Avengers: Age of Ultron, followed by Captain America: Civil War, Avengers: Infinity War, and Avengers: Endgame.

Where or when next the Scarlet Witch might return is still very much up in the air.

Closely behind Natasha Romanoff is her one-time love interest, Bruce Banner. This character has famously been played by two different actors – first by Edward Norton in the character’s only MCU standalone film, 2008’s The Incredible Hulk, and then by Mark Ruffalo in the films, The Avengers, Avengers: Age of Ultron, Thor: Ragnarok, Avengers: Infinity War and Avengers: Endgame.

He also appeared in his cousin’s fourth-wall-breaking Disney Plus show, She-Hulk: Attorney at Law, this summer. Following his appearance in the show, we can’t wait to see where Mark Ruffalo and his “smart Hulk” will appear next, especially after the events of the show’s finale.

The lowest of the original six Avengers, Jeremy Renner’s Clint Barton has clocked in with 145 mins of screentime. This was greatly helped by his co-starring role in the Disney Plus series, Hawkeye. (His co-star in the show, Hailee Steinfield’s Kate Bishop had 110 mins of screen time).

His other screentime appearances start from his cameo introduction in Thor followed by his appearances in The Avengers, Avengers: Age of Ultron, Captain America: Civil War, and Avengers: Endgame. He also lends his voice for a voice cameo in Black Widow.

Clint Barton seems to have retired and passed on the mantle at the end of Hawkeye so we will have to wait and see whether the character appears again to add to that screen time.

The new Captain America, after Steve Rogers’ retirement in Avengers: Endgame, Anthony Mackie’s Sam Wilson first made his appearance in 2014’s Captain America: The Winter Soldier. He also debuted as The Falcon in the film but would not become an official Avenger till a year later, at the end of Avengers: Age of Ultron.

In addition to these, he also appeared in the films, Captain America: Civil War, Ant-Man, Avengers: Infinity War, and Avengers: Endgame. He co-starred, alongside Sebastian Stan’s Bucky Barnes, in the Disney Plus show, The Falcon and the Winter Soldier, where he eventually adopted the mantle and moniker of Captain America.

There is already a confirmed fourth installment of the Captain America franchise, arriving in May 2024 to be led by Sam Wilson and following the events of that film, it would not be surprising to see him appear in July 2024’s The Thunderbolts, considering two of his The Falcon and the Winter Soldier co-stars, Bucky Barnes and Wyatt Russell’s U.S Agent are both slated to feature in the film.

Expect to see that runtime tally grow rapidly in the coming years.

The android that just won’t die, Paul Bettany’s Vision clocks in with 103 mins.

The character made his debut in Avengers: Age of Ultron where he was created from a combination of J.A.R.V.I.S, Ultron, and the Mind Stone. The character later appeared in Captain America: Civil War and Avengers: Infinity War where he was killed to stop Thanos from getting the Mind Stone, before Thanos reversed time, took the gem, and killed him (again). He was later brought back to life via some Scarlet Witch magic shenanigans, before being killed off (again, again).

There is currently a White Vision (a version of Vision created by S.W.O.R.D) roaming around the MCU, so you can expect to hear Paul Bettany’s voice again before too long.

At the bottom of our list and clocking in at just under an hour of screen time (in 14 years) is Tony Stark’s best friend and wingman, James ‘Rhodey’ Rhodes.

In addition to Bruce Banner, this is the only character on this list to be played by two different actors. Terrence Howard played the character in 2008’s Iron Man, before being replaced by Don Cheadle in 2010’s Iron Man 2. Don Cheadle would then continue to play the character in Iron Man 3, Avengers: Age of Ultron – where he became an official Avenger – Captain America: Civil War, Avengers: Infinity War, and Avengers: Endgame. He also has a Primetime Emmy nominated performance in the first episode of The Falcon and the Winter Soldier.

You can expect his runtime to rapidly increase in the coming years as he is set to appear alongside MCU stalwarts Nick Fury and Maria Hill in 2023’s Secret Invasion and after that, he will be headlining his first standalone film, Armor Wars (Armor Wars was originally designed as a television show, and if nothing else, that would have greatly impacted his overall runtime).

The Avengers as an institution is in a state of flux at the moment in the MCU as it is unclear who currently makes up their roster and especially who their leader is. One thing we do know for sure is that they will need to be back together by 2025 to face off against Jonathan Majors’ Kang in Avengers: Kang Dynasty and we can’t wait to see if anyone will get close to equaling or surpassing Tony Stark’s runtime of 356 minutes.