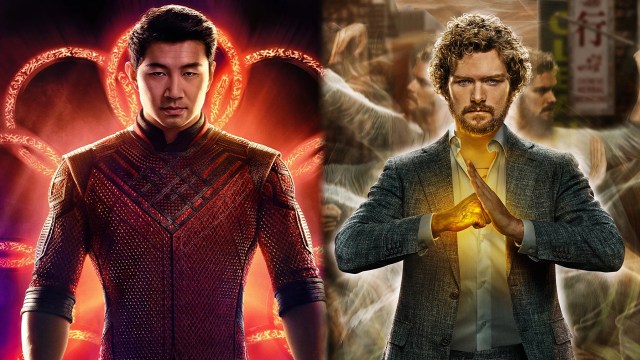 Marvel has a rich history of talented martial artists but among two of the most powerful are Shang-Chi and Iron Fist.

Both of these characters have appeared in the comics and in live-action productions and share many of the same powers.

While they draw these powers from different places, both Shang-Chi and Iron Fist have excellent technique, weapon skills, power-enhancing abilities, and ultimate control over their own bodies.

Sharing this many similarities does pose the question, which of the two is stronger? Well, the answer isn’t so clear-cut, but here is what we know.

Is Iron Fist stronger than Shang-Chi?

While the characters may seem on equal ground in the comics, in the Marvel Studios universe Shang-Chi would seemingly be the more powerful of the two.

Given that Iron Fist hasn’t officially been introduced to the MCU, perhaps the character could be recast and changed from the Marvel Netflix series to put him on equal grounds alongside Shang-Chi, but for now, it is apparent that among their live-action counterparts, Shang-Chi is stronger.

Iron First and Shang-Chi have fought in the comics before, however, but it ended in a stalemate. Aside from this, there is little that we have to conclusively say that one is stronger than the other, though comments made by Shang-Chi could suggest that Iron Fist is stronger.

Shang-Chi says that fellow Marvel Comics martial artist The Cat is his equal and when facing off, The Cat was defeated by Iron Fist decisively.

Counter to this, Black Panther has previously referred to Shang-Chi as “the undisputed master of Kung Fu” which would suggest that is the stronger of the two. Similarly, Iron Fist himself has admitted that Shang-Chi is the superior fighter despite never being defeated by him.

Ultimately there is no way of knowing exactly who is stronger, but one thing is for sure: both of these martial artists are among the best.