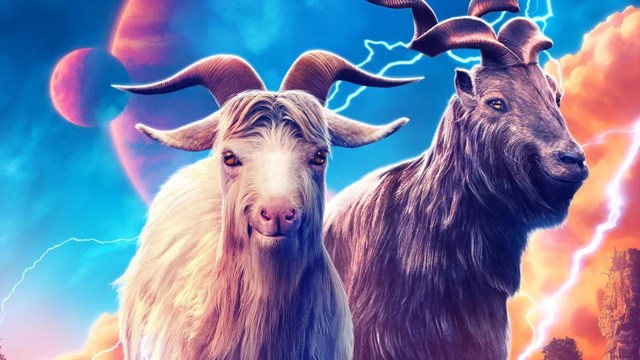 The MCU is set to get even bigger when Thor: Love and Thunder arrives and while there are plenty of new characters entering the fold, two of the more obscure additions are Toothgrinder and Toothgnasher.

Thanks to set photos that appeared online while the movie was filming, the appearance of these two Asgardian goats has been confirmed but for many fans, their significance will not be immediately clear.

Fortunately, the characters have a rich comic book history and have cemented themselves as some of Thor’s most loyal allies. To get you up to speed before you catch Thor 4 in theaters, here’s what you need to know about Thor’s loyal companions Toothgrinder and Toothgnasher.

The two new GOATS making their debut in Thor: Love and Thunder are literal goats called Toothgrinder and Toothgnasher, but they aren’t your typical farm animals.

Toothgrinder and Toothgnasher are magical Asgardian animals who are capable of summoning the Bifrost and allowing Thor to travel around the universe by towing him as he sits on a chariot.

In the comic history of Thor, these two goats were pets of the God of Thunders and their size is substantially larger than any regular goat’s.

These goats are formidable battle allies capable of being reborn as long as their bones remain intact. As far as abilities go, outside of their travel, these goats can fire bolts of lightning from their boots. They also have incredible strength powerful enough to damage Mjolnir.

It isn’t currently clear how these goats will factor into Thor: Love and Thunder or to what extent their powers will be carried over onto the big screen, but it is a great sign to see Thor finally getting a chance to reunite with two of his favorite animals.