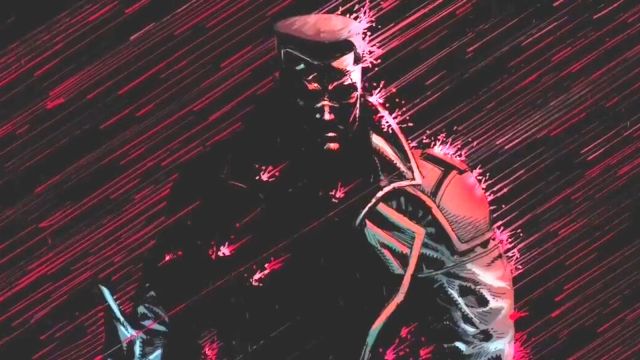 Wesley Snipes may not be returning to the role of Blade for a future film, but he’s looking to create his own from the ground up as he launches a new comic series.

Announcing it as “Seven meets Blade Runner“, Snipes will serve as the creator of the new series The Exiled. The sci-fi noir series will be published by Whatnot with Snipes very much the major attraction to the new property. Launching his comic, Snipes spoke on the brilliance of comics, and his vision for The Exiled.

“What I love about comics is you can escape. You can fantasize. You can imagine yourself being something greater than you are now. But this story is not like your gratuitous action and just a slasher-kick-bang-punch kind of story. We wanted to have substance. We wanted to layer it with unpredictables [sic]. I’d say it’s Seven meets Blade Runner. A story about a hard-boiled detective pursuing a serial killer, living in the shadow of his father.”

Visually, the main character looks eerily reminiscent of Blade, who Snipes popularized many years ago. In fact, it looks so much like Blade you’d almost think this was a multiverse story from Marvel Comics about the famous vampire hunter. But there’s still some beautiful panel art done and it’s clearly its own story, albeit very clearly based on Snipes’ own filmography.

Snipes is also the visual inspiration for the main character, with every variant cover and credit for the series clearly titling it as Wesley Snipes’ The Exiled. The series will hit shelves on Jan. 25, 2023, with Snipes working alongside Keith Arem, Adam Lawson, Eskivo, and Jim Mahfood.